Shares of Seaspan (ATCO 0.85%) fell more than 10% on Thursday morning after a Wall Street analyst slapped a sell rating on the shipping company. Seaspan shares had been up more than 60% over the past year, and investors seemed to take the downgrade as a good opportunity to make a profit.

Seaspan, which owns a fleet of more than 100 containerships, was downgraded to a sell from a hold prior to markets opening Thursday. Analyst Benjamin Nolan said in a note that while market conditions for global shipping have improved, the outlook for global demand does not justify the current valuation. 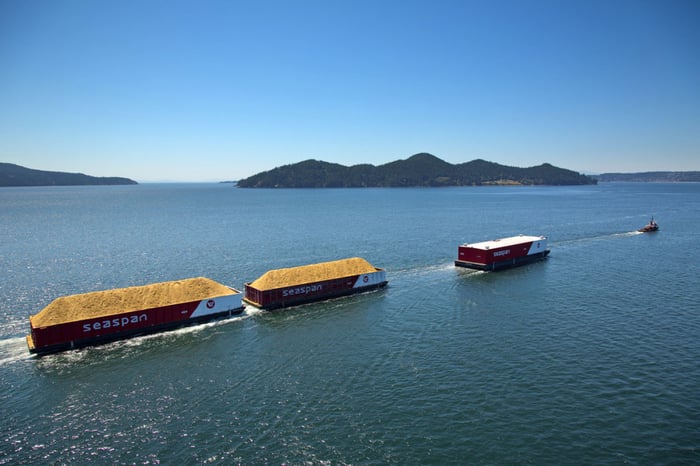 The Hong Kong-based company has been an active consolidator, buying a fleet of six containerships for $380 million last November and then announcing plans to create a new holding company as part of a $750 million acquisition of APR Energy.

Seaspan said the deal would diversify its holdings between maritime and energy, and should generate solid cash flow. But there are some concerns that it will take investors time to grow comfortable with the transformation, and that might have caused some shareholders to head for the exits.

It's worth noting that after the initial downturn Thursday morning, the shares battled back as the day went on, closing down less than 4%. 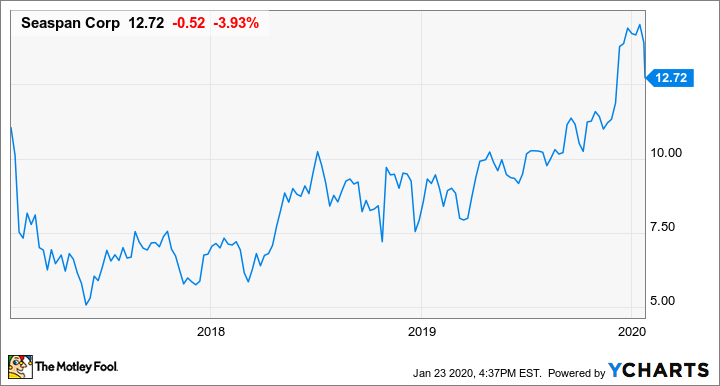 But Seaspan shares are still near a multi-year high, with a lot of work ahead of it internally, and mixed signals on the health of the global economy and the long-term outlook for container demand. It is understandable that investors appear skittish at the moment.