Cisco is trying to get in early with small and medium-sized businesses to make the most of a multibillion-dollar opportunity.

IDC forecasts that small and medium-sized businesses, or SMBs, are going to spend $668 billion on IT products and services in 2020, as compared to $564 billion last year, outpacing the growth of the overall IT market. One of the ways to take advantage of this market is through Cisco (CSCO -0.56%), as it has been aggressively rolling out products targeting this space.

Cisco recently launched multiple products aimed at strengthening its SMB portfolio, including a significantly updated version of the Cisco Mobility Express, a software platform that allows small businesses to get off the ground in a low-cost manner and access enterprise-class networking performance.

Cisco claims the Mobility Express platform can be set up in just 10 minutes and is scalable according to the size of the organization, which makes it future-proof. Additionally, its new hardware products for small businesses, such as the 3504 wireless LAN controller, allow the addition of more access points when required without investing in additional equipment. 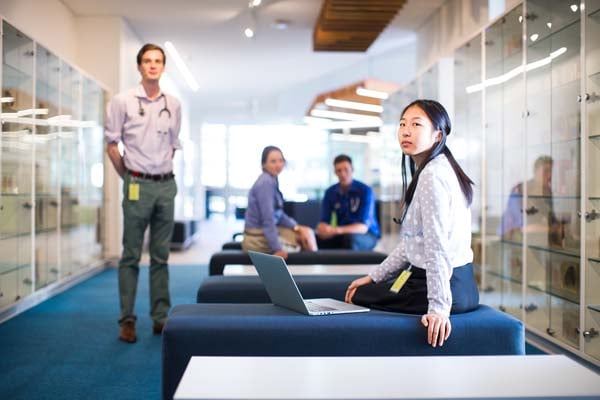 Cisco's strategy of getting in early with small and medium-sized businesses by giving them high-performance solutions without breaking the bank is a smart one, positioning it to sell more products once those businesses grow larger.

Cisco is aggressively pushing its SMB portfolio in the Asia-Pacific region since this geography is growing at a faster pace than the overall SMB IT market. Just recently, the networking equipment provider announced an affordable package for SMBs in Indonesia through its Cisco Start platform, which will allow customers to secure their network and protect their data for as low as $20.

Such a low price point clearly indicates that Cisco wants to take the lead in a nascent market that's growing at a terrific pace. For instance, Frost & Sullivan expects Indonesia's e-commerce market to grow at an annual pace of over 31% until 2019, which will force small businesses to invest in internet infrastructure and boost the country's IT utilization.

Indonesia's IT utilization rate lags far behind those of other countries; it ranked 79th out of 143 countries on the World Economic Forum's Networked Readiness Index. Additionally, there are just 6.2 servers for every million people in Indonesia as compared to 88.5 in Malaysia. This is very low considering that the island nation has the fourth-largest population in the world, and more than half of the people reside in urban areas.

Not surprisingly, IT spending by local companies in Indonesia is expected to double in the next two years from 2014 levels. Cisco doesn't want to miss the gravy train, so it's trying to catch them early through its affordable solutions.

India is another potentially fertile ground for Cisco's SMB business. In fact, the networking giant already has 30,000 SMB customers in that country that generate a fifth of its country-specific revenue. But the company wants to take this number to 100,000 by 2020, which seems achievable since just 2% of India's 50 million SMBs are currently digitally equipped.

Cisco's strategy to lure SMBs in India is identical to the one it is following in Indonesia: offer them a cheap entry point and sell upgrades as the business grows. The Cisco Start platform's pricing begins at just $70 per user in India and helps SMBs migrate toward digitization. But the networking giant is looking at the bigger picture, as IT spending of Indian SMBs will grow at 15% a year and hit $18.5 billion by 2018, according to a joint report by Frost & Sullivan and NASSCOM.

Cisco's strategy of getting into key SMB markets early with its accessible products should give it a nice boost in the long run.