Please ensure Javascript is enabled for purposes of website accessibility
Log In Help Join The Motley Fool
Free Article Join Over 1 Million Premium Members And Get More In-Depth Stock Guidance and Research
By Maxx Chatsko - Apr 23, 2017 at 11:12AM

Many companies and industries are benefiting from implementing machine-learning techniques. Few have opportunities as large as General Electric.

I know, I know. There are many flashy start-ups and technology giants touting their ability to feed vast stores of data to computers to arrive at solutions more quickly and accurately than human counterparts. But while many want to leverage machine learning to more efficiently target mobile advertising, one could also use it to merge the physical and digital realms.

You know, creating value for society with physical objects and systems -- and doing it with less time, waste, energy, and dollars. From designing industrial organisms to self-driving cars, from optimizing a factory's workflows to saving millions of dollars in fuel costs for the local power plant, digital industrial platforms could usher in a new age of economic productivity. I'm willing to bet that's where the most profound impact from machine learning will be felt -- and no company is better positioned to capitalize than General Electric (GE -0.65%). 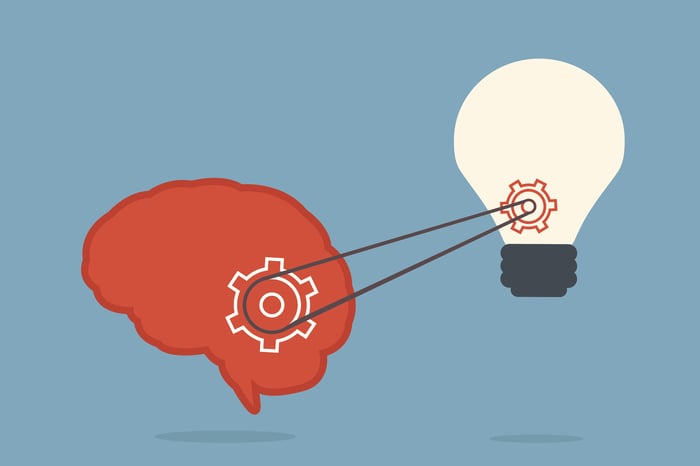 Saying the company is merely positioned to capitalize on the opportunity is putting it mildly. Management has a detailed strategy to become the premier digital industrial company on the planet. That's no small task for a $260 billion company. After all, how do you create buy-in for tens of thousands of employees spread across a business as diverse and massive as General Electric?

To do that, the company has identified a universal problem it can rally against: stagnating global productivity growth. The gross domestic product generated per hour worked serves as a powerful indicator of economic expansion and improving living standards. The problem is global productivity growth averaged just 0.5% from 2011 to 2015 after increasing at a 3% clip from 1996 to 2005. Worse, data from the Organization for Economic Co-operating and Development show the declining trend kicked off well before the Great Recession.

Framing the problem in that context provides a powerful rallying cry for General Electric. It's not just leveraging advances in machine learning and artificial intelligence, it's building an entire industrial computing platform to reboot global productivity and pull slumping economies out of their rut. That means creating more value than it captures -- a recipe that has served it well over its illustrious history.

To be fair, rebooting global productivity is easier said than done, but early success could prove to be a bellwether of things to come for investors.

Predix, the industrial computing platform, has hit the ground running after launching a few years ago. General Electric estimates it enabled $730 million in productivity improvements in 2016 -- a level that is expected to reach $3 billion by 2020. That wouldn't even be considered a rounding error on a global level, but it's a solid milestone for a 5-year-old business. Besides, the next decade should prove even more valuable for GE Digital's growth.

Predix alone captured sales of $400 million in 2016, which could grow to $1 billion this year. The company's total digital industrial offerings are expected to exceed $5 billion in 2017 on year-over-year growth of 20% to 30%. That's a drop in the ocean of GE business units, which generated $124 billion in revenue last year, but it may not be long before GE Digital is the premier segment for the conglomerate.

Predix is powered by machine learning and designed to enable productivity around industrial assets for entire value chains. It provides digital services to maintain the digital infrastructure of customers. It can analyze and optimize the operational performance of assets ranging from oil platforms in the North Sea to wind farms in Texas. And it can enable more efficient supply chains for next-generation factories designing and building everything from jet engines to gas turbines. It's an end-to-end approach to building the Industrial Internet -- and General Electric is the only company offering complete solutions to customers.