After several positive clinical updates, shares of the rare-disease-focused biotech fell. Is this simply a matter of traders looking to book a profit from this red hot stock?

Investors in Akari Therapeutics (AKTX 4.99%) are likely suffering from whiplash today. Shares of the rare-disease-focused biotech jumped by double digits in premarket trading after the company provided investors with several clinical updates related to its lead compound, Coversin. However, shares wound up falling as much as 18% in the early morning once the markets finally opened for trading. As of 11:31 a.m. EST shares had fallen more than 8%. 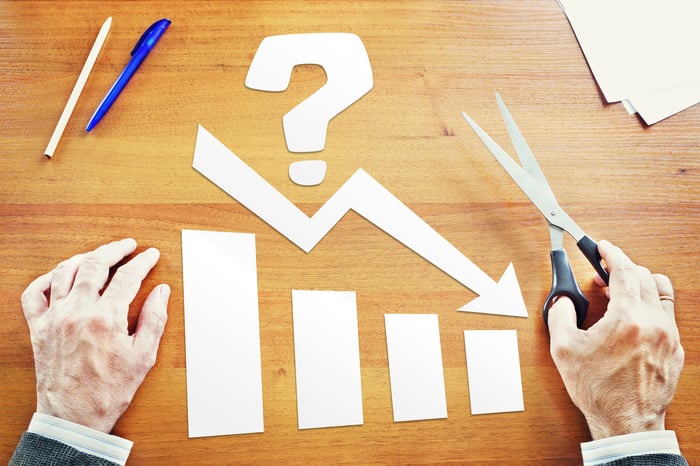 Akari's press release contained a handful of seemingly positive updates related to Coversin. Here's a review of the key highlights:

You would think that this series of positive updates would have caused shares to jump, but that didn't happen. My guess is that traders simply looked at this press release as a great chance to book profits. After all, Akari's shares have been on fire over the last month. The company's stock has skyrocketed more than 200% since April 1, so perhaps a slight sell-off shouldn't be unexpected.

Looking beyond the short-term price action, Akari is clearly targeting a handful of highly lucrative disease states with Coversin. We know that treatments PHN and aHUS are huge money makers because Alexion Pharmaceuticals (ALXN) markets a drug called Soliris that treats both of these diseases. Last year Alexion rang up more than $2.8 billion in Soliris sales, so if Akari can successfully bring Coversin to market and steal some market share, then this drug could potentially be a huge winner.

That's all well and good, but shareholders need to remember that there is still a long road ahead for Akari before the company could potentially start to generate any revenue from Coversin. Still, if you were bullish on Akari yesterday, I see no reason to change your view today based on this pricing action.