The war between Apple (AAPL 2.45%) and Spotify over music-streaming subscribers is heating up, and it looks like the competition may soon expand to a new battleground: hardware. Spotify recently posted a job listing seeking a product manager for some type of hardware project, first spotted by Zatz Not Funny's David Zatz. Spotify has since taken down the listing after it got some unwelcome attention, but not before Zatz could take a screenshot of what the company is looking for.

Spotify is hoping to deliver Spotify "via fully connected hardware devices" and wants to create "a category defining product akin to Pebble Watch, Amazon Echo, and Snap Spectacles." The hardware will come "directly from Spotify" and "affect the way the world experiences music & talk content." Furthermore, Zatz says the device will be some type of wearable device, citing an anonymous source and other job listings that could play a role in developing the device, such as a voice product manager. 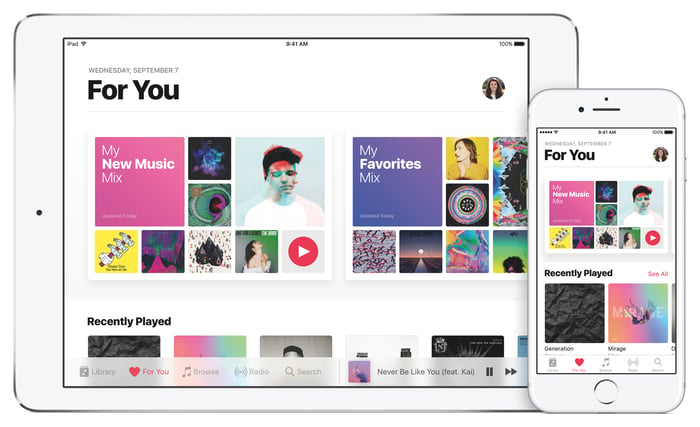 What is Spotify up to?

It should probably be pretty obvious that Spotify isn't looking to create just a portable music player, a product category that smartphones marginalized long ago (even though Apple still sells iPods in small volumes). Since the Swedish music streamer lacks expertise in other areas, it seems likely that whatever it wants to make would focus singularly on music streaming without venturing too deeply into other functions.

Spotify names two wearables as examples, potentially hinting at its plans, but the same fundamental challenge arises: Is there demand for a single-purpose wearable that only plays music? Broadly speaking, single-purpose product categories have been declining as multipurpose devices like smartphones become increasingly powerful and can handle just about any task you can imagine.

Apple is working on a Siri-powered speaker

Considering the rising popularity of Echo and products like it, I've been arguing for nearly a year that Apple should make a Siri-powered speaker. Reports surfaced last year that Apple is indeed hard at work creating a Siri-powered speaker, one that could also serve as a smart home hub just like current incumbents. Apple employees had reportedly already begun testing the device in their own homes, but the project could still get axed before ever seeing the light of day.

As the No. 2 in the market, Apple could strengthen its position with a Siri-powered speaker that streams Apple Music. Spotify will have a tough time competing on hardware.