Please ensure Javascript is enabled for purposes of website accessibility
Log In Help Join The Motley Fool
Free Article Join Over 1 Million Premium Members And Get More In-Depth Stock Guidance and Research
By Reuben Gregg Brewer - Apr 25, 2017 at 9:27AM

Silver Standard made a key acquisition in 2016 to boost its production outlook, but only if it pans out as planned...

Precious metals miner Silver Standard Resources Inc. (NASDAQ: SSRI) made a bold move in 2016 to solidify its future. Indeed, a single acquisition materially improved the gold and silver company's long-term outlook and at an important time. However, if first quarter production numbers are any indication, Silver Standard has a lot riding on its new mine. And that's something that shareholders should be worried about.

The bee in the sea

Silver Standard's big acquisition in 2016 was the purchase of Claude Resources. The roughly $300 million deal added Claude's Seabee and Santoy mines in Canada to Silver Standard's core assets, bringing the miner up to three working mines. The new mines were desirable because of their relatively low costs and high grade operations. Claude's low debt and cash balance also led to to an improvement in Silver Standard's financial profile. 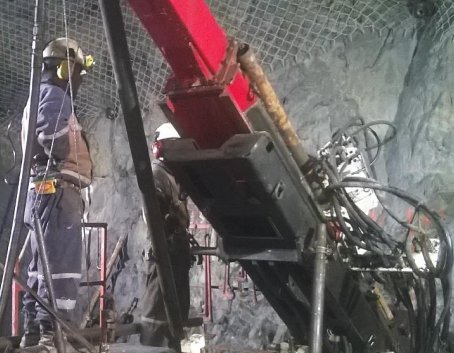 It was a pretty good deal all around. And Silver Standard quickly worked to make it even better by signing a deal with Eagle Plains Resources to explore land contiguous with Silver Standard's new SeaBee property. This is, perhaps, the more telling transaction because it hints at the growth potential that the Claude transaction offers.

In the nick of time

But here's the thing, Silver Standard's other mines aren't exactly hitting it out of the park production wise. For example, in 2016 the Marigold mine saw gold production decline nearly 1%. And the Pirquitas mine saw silver production increase by a little under 1%. Not much to write home about if you are looking to invest in a miner that's growing its business. 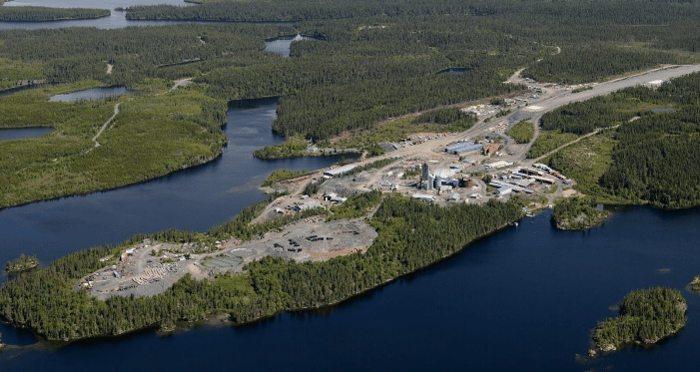 And the numbers aren't expected to get better in 2017. For example, Marigold's gold production is expected to be flat to up around 5%. That said, Marigold's first quarter production was down nearly 8% year over year -- not an auspicious start. But that was a lot better than the roughly 30% silver production decline at Pirquitas. That said, Silver Standard just inked a deal to expand its exploration opportunities at Pirquitas that should lead to a production pickup from those dismal numbers. But the main point doesn't change, these two mines aren't growth engines.

Which is why investors should be worried. Essentially, Silver Standard has bet a lot of its future on the Seabee mine. Because it only owned the mine for part of the year in 2016, Seabee produced just 46,570 ounces of gold for Silver Standard. It's expecting full-year production of 72,000 to 82,000 ounces in 2017. 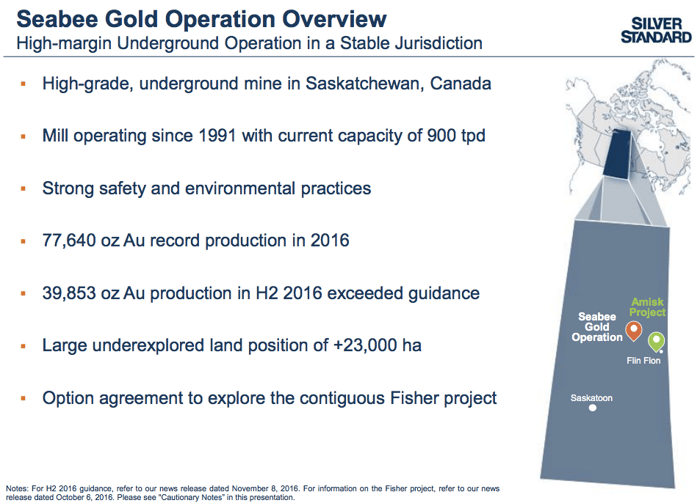 The Seabee Mine at a glance.  Image source: Silver Standard Resources Inc.

So there's a nice bump right there, but it gets better. Seabee produced roughly 7% more gold in the first quarter than it did in the fourth quarter. That led CEO Paul Benson to note that, "Our production of 97,851 gold equivalent ounces is a strong start to the year, highlighted by Seabee continuing to demonstrate a capability to produce above historical levels." Those kind of results are going to be needed on an ongoing basis if Silver Standard hopes to keep production growing.

The big takeaway here isn't that Silver Standard Resources is in some dire danger. The deal to extend the mine life of Pirquitas is a clear demonstration that there are other avenues available to the miner to support growth. However, it still has a lot riding on the Seabee mine. And that means investors need to watch the progress at that mine very carefully. If something goes wrong or the expansion opportunities there prove less than compelling, you'll have something really notable to start worrying about.