Looks like Wall Street liked the numbers: Shares of Fiat Chrysler Automobiles N.V. ( FCAU ) rose sharply after the company released its first-quarter earnings results on Wednesday morning. FCA's shares were up about 10% in mid-afternoon trading in New York.

FCA's first-quarter net income of 641 million euros was 34% higher than its year-ago result, despite only modest increases in revenue and worldwide sales. How did that happen? The answer is pretty simple, and it's one that investors were glad to hear. 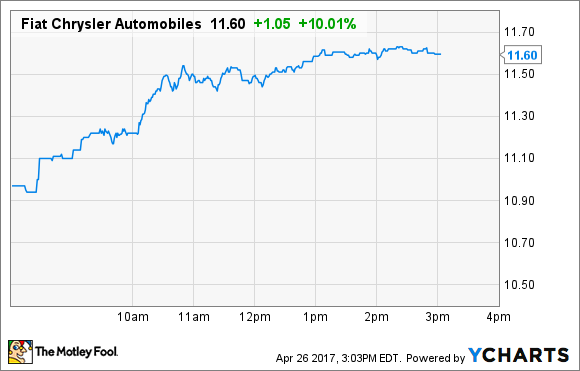 In a nutshell, FCA is selling a greater percentage of higher-profit vehicles -- a better "mix," in the industry's lingo -- than it did a year ago. In an effort to boost profitability and reduce its debt significantly by the end of next year, FCA is working around the world to increase sales and production of its most profitable products -- trucks, SUVs, and luxury models.

The plan won't be fully in place for a few more quarters, but as we saw in the first quarter, it's already helping. FCA's year-over-year profit jump was largely attributable to two factors, both related to the effort:

Investors saw the results as an early validation of CEO Sergio Marchionne's plan. 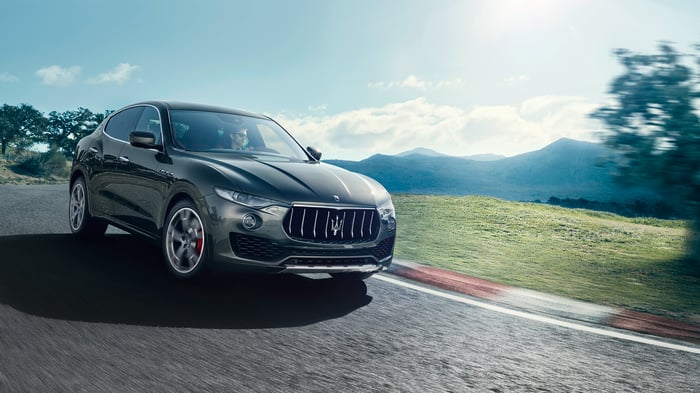 Things could get even better from here for FCA. Marchionne said the first quarter would likely be the weakest of the year, as FCA spent heavily to begin the process of retooling plants in the U.S. to make more trucks and SUVs.

FCA was in the process of ramping up production of two new SUV models in the first quarter, the Jeep Compass and Alfa Romeo Stelvio. As those new SUVs hit full production, FCA's worldwide sales -- and profits -- should improve further from here.