A loss for the first quarter wasn't the big news. What caused the sell-off was an acknowledgement that U.S. Steel is years behind the competition's cost curve.

Shares of steel manufacturer United States Steel Corporation (X 4.37%) plunged a whopping 26.5% in trading Wednesday after the company reported earnings for the first quarter. At 12:10 p.m. EDT shares were still down 25.7% on the day.

Revenue was up 16.4% in the first quarter, to $2.73 billion, but net loss was $180 million, or $1.03 per share, despite rising metal prices. Part of the problem is that management hasn't invested in improving capital assets during the industry downturn and is now left with higher production costs than competitors, now that prices are improving. 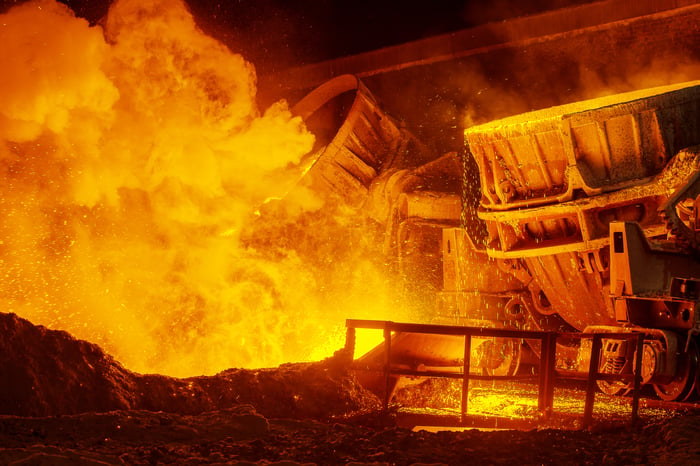 To fix its deficiencies, management said it is accelerating equipment upgrades, a process that will take three to four years. And it was this realization that U.S. Steel is still years away from improving financials that drove the sell-off today.

U.S. Steel has been one of the leaders in lobbying for tariffs on steel imports, but it seems to have lost focus on its own business. While others were investing in improving technology and costs during the downturn, U.S. Steel was trying to save money and put off investments. That's coming back to haunt the company now and could lead to losses for years to come. Unless metals prices increase dramatically, I don't see a positive financial result ahead for the company. Thus, right now this is a stock I would stay away from, despite today's sell-off.