With its shares up 20% year to date, Cisco Systems (CSCO 2.73%) stock has handily outperformed the S&P 500's 15% return so far in 2017. But here's the really good news: Now that President Donald Trump has laid out his tax plan, one analyst thinks Cisco stock could do even better in the months and years ahead. 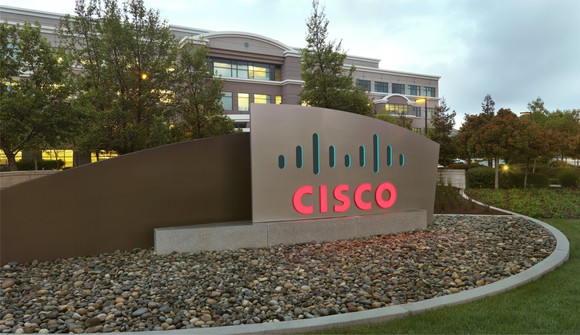 President Trump's just-released proposal for reforming the U.S. tax system includes a little something to like for everybody. For individuals, Trump's plan features a simplification of the current seven-bracket tax system to one with just three new brackets -- 10%, 25%, and 35%.

For businesses, the standard tax rate would drop from 35% to 15%. And for businesses with profits stashed abroad, hidden from the taxman until the day when they can be repatriated at a lower rate? That's the best news of all, because a lower rate is exactly what President Trump is offering -- a mere 10% repatriation tax on foreign-earned income.

That will be great news for Cisco, which at last report had well over $60 billion in foreign-earned income located offshore.

As Credit Suisse explains in a new note covered by StreetInsider.com this morning, Cisco can do a lot of good with that $60 billion in cash (minus $6 billion for the tax man). The analyst predicts that, if the tax plan is passed, Cisco will repatriate much of its foreign-earned income, and engage in an "M&A" (merger and acquisition) spree, buying up complementary U.S. businesses. Cisco is also likely, says Credit Suisse, to shower its shareholders with "capital returns" in the form of dividends and stock buybacks.

And Credit Suisse isn't just speculating here. In an interview with CNBC late last year, Cisco CEO Chuck Robbins confirmed that if the company is permitted to repatriate its overseas earnings at a favorable tax rate, it would then proceed upon a strategy including "a combination of dividends [and] buybacks, as well as M&A activity."

3. What it would mean for Cisco

In Credit Suisse's view, Cisco as-is can already produce "low-single-digit revenue growth" through the portfolio of businesses it owns. Were Cisco able to take some of its $60 billion and spend it on buying complementary businesses, though, while simultaneously buying back shares (to reduce its share count and concentrate profits among fewer shares), Credit Suisse believes Cisco could rapidly grow its profits.

From an estimated profit of $2.38 per share this year, and $2.47 per share next year, Credit Suisse sees Cisco ultimately earning anywhere from $3.30 to $3.50 per share post-repatriation.

Altogether, that potential for a 47% increase in per-share profits over a couple of years convinces Credit Suisse that Cisco is an attractive target for investment. The analyst is so convinced, in fact, that it is doing a complete 180 reversal of opinion on Cisco, swinging its rating from underperform all the way over to outperform and assigning Cisco stock a price target of $40 per share.

The most important thing: Valuing Cisco

Is Credit Suisse right? Maybe, but knowing whether it is right about the scenario described requires one to assume that Credit Suisse is also right about President Trump's chances of getting his tax reform proposal passed by Congress intact -- and that's not a gamble I'm prepared to make.

Rather, I think investors should evaluate Cisco as it stands today. If Congress and the president later decide to provide us some upside -- great! But if not, I want to know that Cisco stock will still be cheap enough to buy as-is. So...is it?

Consider: Cisco currently sports a market capitalization of $167.3 billion. The company boasts cash reserves of $71.8 billion ($60 billion-ish of which is stashed abroad), but also debt of $34.9 billion. That leaves us with a debt-adjusted market cap, or enterprise value, of $130.4 billion.

Cisco's GAAP earnings for the past 12 months came to $9.8 billion. The company's free cash flow (FCF) for the period was $12.3 billion.

Thus, at current prices, Cisco stock sells for a debt-adjusted price-to-earnings ratio of 13.3, and an enterprise value-to-FCF ratio of just 10.6. With Cisco paying a 3.5% dividend yield and expected to generate a 5% long-term growth rate (per data from S&P Global Market Intelligence), I put the stock's total return at 8.5%, which to me, is too low to justify a 13.3 P/E or a 10.6 EV/FCF.

My conclusion? After Cisco's 20% run-up in share price this year, Cisco stock offers no margin of safety today -- unless, that is, Credit Suisse is right about the Trump tax plan being passed. If and when that happens, I'll revisit the stock's valuation. But for now, I think Cisco stock is too expensive to buy.