C.H. Robinson Worldwide (NASDAQ:CHRW) is gamely grappling with the effect of weaker truckload pricing on its overall business, as first quarter 2017 results released on Tuesday reveal. While the company posted impressive revenue growth versus the prior year, its bottom line still isn't flourishing. We'll delve into the cause after reviewing headline numbers from the report directly below: 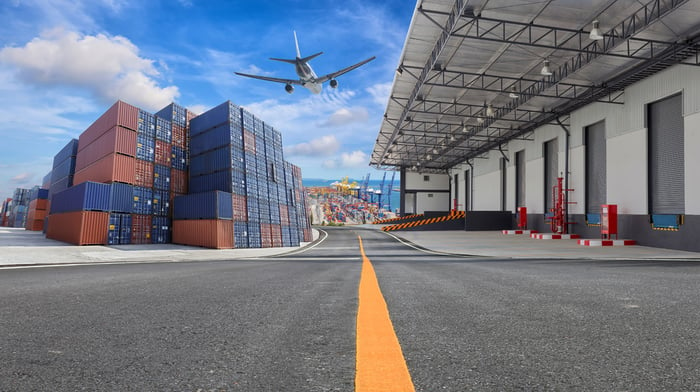 At the moment, there's plenty of capacity in the transportation industry, while demand -- to use management's own words -- is still "tepid." CEO John Wiehoff used his prepared remarks during the company's earnings conference call with analysts to put some perspective on the organization's present strategy:

We've discussed in the past couple of quarters that we continue to be in a tough part of the margin cycle in the North American truckload business. We felt that might be the case in the first half of 2017 and the first quarter results are indicative of a continuation of that environment. We've continued to take share across all of our services and we feel very good about our value proposition and how we're winning market share across all of our services and markets.

In other words, C.H. Robinson's surge in volume, partly the result of competitive pricing, is helping the company hold and gain market share. It therefore hopes to be well positioned when shippers can begin to "take back" some of the pricing they're currently giving to customers.

C.H. Robinson's ability to show earnings acceleration this year may be depend on faster economic growth in the U.S. economy, which would increase aggregate commercial transportation demand. In the meantime, the company continues to share the cash flow it generates with shareholders. In the current quarter, "CHRW" paid out 79% of its net income to investors, in the form of $64.6 million in dividends, and $32.1 million in share repurchases. Profits may not be optimal out of the gate in 2017, but C.H. Robinson is offering up its generous cash flow as an incentive for shareholders to be patient in the near-term.