Qualcomm is cutting its third-quarter revenue guidance by $500 million as a result.

The mobile chip giant's legal battle with Apple (AAPL -3.61%) continues to dominate the narrative -- and conference calls. When Qualcomm announced fiscal second-quarter earnings earlier this month and issued guidance for the third quarter, it noted that while Apple was interfering with royalty payments between Apple suppliers and Qualcomm, Qualcomm's contracts with those suppliers were still valid and enforceable. It had seemed as if the $1 billion at the heart of Apple's lawsuit was all Apple wanted to withhold by not paying its suppliers, who subsequently pass that cash on directly to Qualcomm.

It turns out that Apple has simply stopped paying royalties altogether while the lawsuit remains ongoing. 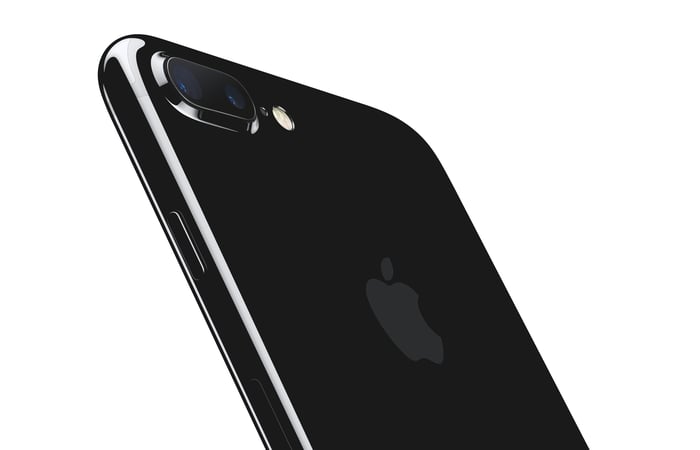 Apple has now told Qualcomm that it will be withholding all royalty payments to contract manufacturers, including for sales during the March quarter. Furthermore, the Mac maker plans on continuing to withhold payment "until its dispute with Qualcomm is resolved." Ouch.

Qualcomm general counsel Don Rosenberg slammed the move, saying, "Apple has now unilaterally declared the contract terms unacceptable" and that Apple is "improperly interfering" with enforceable license agreements. As a result, Qualcomm is being forced to update its guidance for the fiscal third quarter to exclude any royalty revenue from Apple contract manufacturers. We're talking about a $500 million hit at the midpoint of revenue guidance.

On the call earlier this month, Qualcomm mentioned that its guidance had factored in a number of scenarios regarding whether or not Apple would pay, but did not consider the possibility that Apple wouldn't pay anything at all. Here's what CFO George Davis said (emphasis added):

Our guidance range for earnings per share is wider than our typical practice, primarily due to the uncertainty around whether Apple suppliers will withhold some portion of the royalty payments they are obligated to pay on other contracts with us. We have considered a variety of scenarios within the range. However, our guidance range does not include the case where no payments are made by Apple suppliers. We will update our guidance if we subsequently learn of any action that would take us materially outside of the announced guidance range.

Given Apple's notification, Qualcomm has to update its forecast since it's a pretty material change; Qualcomm now expects to recognize no revenue associated with these agreements.

It's true that Qualcomm can and very well may pursue the contract manufacturers directly since technically the agreements are with them (Foxconn had nearly $21 billion on its consolidated balance sheet at the end of 2016), but that strategy may not be successful. The money has always come from Apple, and suppliers are getting pinched in the middle. It's a bona fide web of convoluted legal agreements.

What's less clear is how long this will continue to be an overhang. Apple seems to have no intention on settling, and protracted legal battles of this magnitude can easily take years to play out to the end.