The travel company showed that it has room to grow in the increasingly crowded OTA market.

Shares of Trivago NV (ADR) (TRVG 2.01%), the relatively small online travel agent (OTA) company headquartered in Germany, rose as much as 15% today after the company updated full-year 2017 guidance on the back of a strong start to the year.

Expedia (EXPE 1.66%), one of the largest OTA players, is Trivago's largest stakeholder as it owns more than 60% of the company. When Expedia reported better-than-expected Q1 earnings yesterday, it made sense for Trivago to update its own guidance to stay transparent ahead of its own Q1 earnings, which will be announced on May 15.

With a strong focus on improving our hotel search product and market leading innovation, we look forward to reporting our financial results on May 15, 2017. Given our strong start to the year, we have increased our full-year guidance and now expect annual revenue growth to be around 50% in 2017, with our adjusted EBITDA margin likely to be up slightly from 2016. 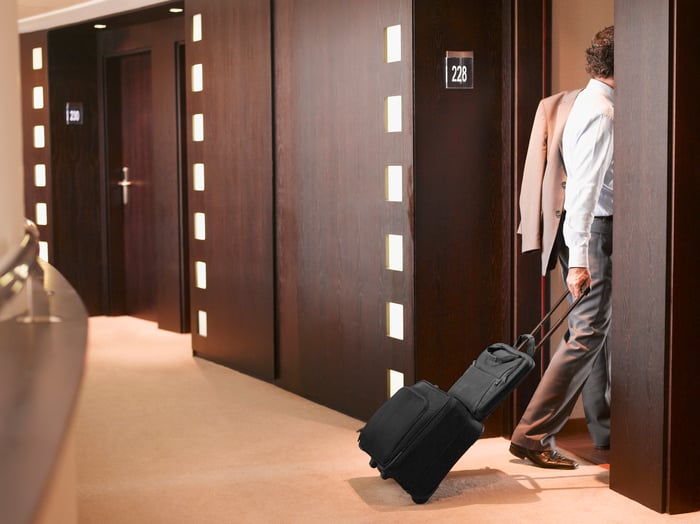 Trivago is part of an increasingly crowded OTA market, as the big players in this space try to fend off newer entrants. TripAdvisor (TRIP 3.76%) has been trying with mixed success to transform itself from a review platform to one that customers book directly through after it became apparent how much more lucrative those operations could be compared to just advertising within travel search and reviews. Other viable entrants such as Google, which has also started its own travel search and direct book platform, are making the space harder to grow in.

However, Trivago's partnership with Expedia and unique marketing -- along with a growing total online travel booking market -- show that there's clearly a path for this smaller competitor to continue gaining. Trivago only went public in December 2016, but already its share price has increased 42% from its IPO price.