Please ensure Javascript is enabled for purposes of website accessibility
Log In Help Join The Motley Fool
Free Article Join Over 1 Million Premium Members And Get More In-Depth Stock Guidance and Research
By Adam Levy - Apr 28, 2017 at 11:46AM

When Netflix (NFLX -0.16%) announced its global expansion at the beginning of last year, there's was one glaring omission: China. The regulatory environment in China proved too difficult for Netflix to navigate. As recently as October, Netflix CEO Reed Hastings said the likelihood of it entering China "doesn't look good."

Netflix has found another way of entering the market, though. It recently agreed to a licensing deal with iQiyi, Baidu's (BIDU -0.54%) video streaming service. The terms of the agreement -- including which titles Netflix is licensing and how much iQiyi is paying -- are undisclosed.

iQiyi sports 500 million monthly viewers for its free service, and it has 20 million paid subscribers for its VIP service. That makes it the most popular video streaming platform in China. Netflix stands to capitalize off iQiyi's growing viewer base, and iQiyi stands to benefit from Netflix's premium content. 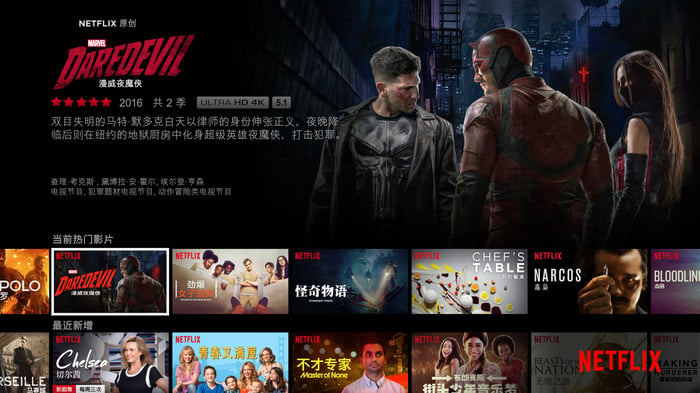 Getting a foot in the door

Investors expecting the largest consumer market in the world to contribute a ton of revenue to Netflix right off the bat need to think again. Management even made it clear that licensing was part of its plan for 2017, but it didn't expect much in the way of revenue.

"We now plan to license content to existing online service providers in China rather than operate our own service in China in the near term," management wrote in Netflix's third-quarter letter to shareholders last year. "We expect revenue from this licensing will be modest. We still have a long-term desire to serve the Chinese people directly, and hope to launch our service in China eventually."

In the meantime, licensing original series in China gives Netflix a way to amortize the expense of its original content spending over more viewers. It could also lead to other licensing opportunities in the country for toys or apparel, since Netflix started bringing more productions in house and exercising more control over the intellectual property.

Netflix is smart to pursue licensing agreements in China since it has no other way of generating revenue from the country. The marginal cost to license its shows is practically nothing, so it's basically found money even if it is relatively little.

Netflix plans to enter China eventually. By licensing content to the largest video streaming service in the country (and possibly others if the deal is non-exclusive), Netflix gets its brand out in front of millions of viewers. There's a "Netflix Original" credit before the opening of every original episode and film. What's more, it allows Chinese consumers to become more acquainted with Netflix's shows.

If and when Netflix is able to launch in China, it can hit the ground running. iQiyi is already convincing them that streaming content is worth paying a monthly subscription for, and it's familiarizing them with the original shows the company produces.

That makes the licensing deal a bit of a double-edged sword for iQiyi. While the company benefits from adding premium content to its catalog to attract more viewers in the near term, it's paving the way for a large international competitor to steal away the market in the long run.

To be sure, Netflix originals will add excellent value to iQiyi's service, and Baidu is likely getting a pretty good deal considering Netflix's current weak position in the Chinese market. It's a great move for Netflix as it produces at least some revenue for the company in the short term and sets Netflix up for success in China in the long run.