The difference may be bigger than you think.

Amazon.com's (AMZN 1.20%) Prime membership program is exploding.
As of the end of March, 80 million people had subscribed to Prime in the U.S., according to a new report by Consumer Intelligence Research Partners. That signifies a 38% jump in the past year and double the number of Prime subscribers from two years ago.
Why are so many people flocking to Prime? How much are they spending? And what does it mean to Amazon investors? Read on to find out. 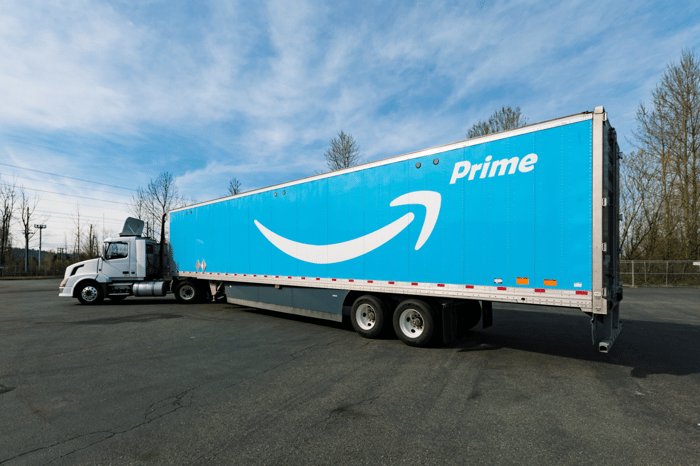 It's easy to see why the number of Prime members is swelling.

For just $99 per year, or a slightly more expensive $10.99 per month, Prime subscribers gain access to free two-day Amazon.com shipping options, constantly expanding music and video streaming services, unlimited photo storage, and the ability to read and listen to thousands of books, magazines, audiobooks, and podcasts for free.

Many Amazon customers consider Prime to be quite a bargain, with CIRP estimating that 60% of Amazon's shoppers now subscribe to Prime.

So we can see why customers value Prime. But what's in it for Amazon?

Well, the first thing, of course, is the fee revenue Prime brings in. While Amazon doesn't specifically disclose Prime revenue, it recently began providing details about the revenue it earns from its subscription services, of which Prime is the largest component. In 2016, Amazon earned $6.4 billion from those subscriptions, up from $4.5 billion in 2015 and $2.8 billion in 2014.

Yet Amazon probably loses money on its Prime business, since its shipping and content costs more than offset the fees it collects from Prime members.

So why, then, is Amazon promoting Prime so aggressively?

One reason is that prime members shop more frequently on Amazon. A survey by RBC Capital showed that 73% of Prime customers shopped at Amazon at least two to three times a month, while only 22% of non-Prime customers did. Second, the longer someone's been a Prime member, the more that person spends: 41% of those in the first year of a Prime membership spend over $800 a year, versus 68% of Prime members of more than four years who do.

With this, Prime's true impact on Amazon's business becomes clear: The average Amazon Prime member spends $1,300 on the online shopping platform every year, compared with $700 for non-Prime members, according to Statista.

New Prime perks on the horizon

With each new feature Amazon adds to Prime, the service becomes more valuable to its customers, making them more likely to renew. And the more "sticky" Prime becomes, the more purchases consumers are likely to make through Amazon.

Think about it: You pay for Prime, so then you want to maximize your return on your investment by using the features that come along with it as much as possible. Those features include free shipping, so you maximize the number of your purchases on Amazon. That's why Amazon is constantly expanding its Prime offerings.

Last year, Amazon added podcasts and audiobooks to Prime, along with exclusive discounts on other services, such as music streaming.

Amazon is also reportedly spending well over $3 billion per year to create a slate of original films and series. While that may seem like a staggering amount, Amazon believes that by beefing up its content library, Prime subscribers will be even more likely to renew their subscriptions. And the more they stick around, the more revenue and profit Amazon will ultimately generate.

In his 2016 letter to shareholders, Amazon CEO Jeff Bezos explained his philosophy of relentless innovation. It's always "Day One" at Amazon, meaning that the company will continue to act like a start-up and constantly push the boundaries of what it can become.

This approach will no doubt lead to even more perks for Prime members, some of which may even seem odd at first. But Amazon customers and shareholders can trust that there's a method to Bezos' madness.

There were plenty of skeptics when Amazon launched Prime back in 2005. Yet Prime has become a foundational piece of Amazon's business and a vital part of its value proposition to its customers. It's also a powerful competitive advantage -- one that has helped Amazon dominate the retail industry.

Moreover, the success of Prime is a major reason Amazon's stock price is hitting new all-time highs as I write -- above $900 per share. Longtime Amazon shareholders have already made a fortune, but don't let that stop you from considering Amazon for your own portfolio today. For in many ways, Amazon's best days are still ahead.