Please ensure Javascript is enabled for purposes of website accessibility
Log In Help Join The Motley Fool
Free Article Join Over 1 Million Premium Members And Get More In-Depth Stock Guidance and Research
By Anders Bylund - Apr 29, 2017 at 11:00AM

Former SanDisk CEO Sanjay Mehrotra, who traded that title for a board seat at Western Digital (WDC 2.50%) when the hard drive veteran acquired his company, is coming back to a top-shelf corner office. He'll officially start the job on May 8, with Durcan stepping down into an advisory role for the following three months. 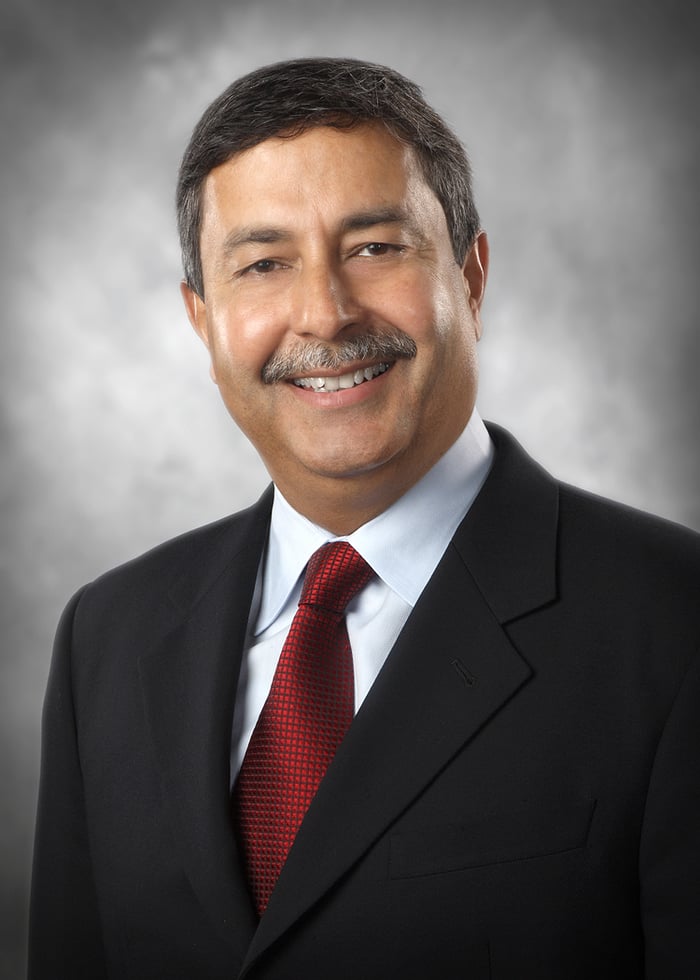 How does Mehrotra compare to his predecessor?

With the benefit of hindsight, Mehrotra's appointment must have firmed up long ago. He left Western Digital's board on February 9, one week after Micron started looking for a new CEO.

"The time is right for me to evaluate the next challenge in my career," Mehrotra said in February.

Durcan's rise to the CEO office was more chaotic. After serving as Micron's chief technical officer for many years, he took the COO title in 2007. As COOs often are groomed to take over the CEO job in due time, it's quite possible that may have been preparation for that final promotion. But Micron's hand was forced when Durcan's predecessor, company founder Steve Appleton, crashed his private plane and perished in 2012.

Like Durcan, Mehrotra comes in with decades of experience, all nicely connected to the job of running Micron. Durcan took the insider route, rising through the company's ranks over three decades. Mehrotra's tack is very different, but SanDisk was both a direct competitor and occasional Micron customer for most of its existence.

And if Durcan's degrees in chemical engineering prepared him for his career at Micron, Mehrotra's electrical engineering diplomas from Berkeley cut even closer to the heart of this company's operations. As a Micron shareholder, I'm thrilled to see a tradition of technical excellence sticking right at the core of its executive leadership.

Micron investors embraced Mehrotra's appointment right away, lifting share prices more than 2% on Thursday. The stock has more than doubled over the last 52 weeks, as memory chip prices firmed up and stayed high for several quarters. From his SanDisk days, Mehrotra learned all there is to know about the pricing effects of supply and demand in the memory market.

I honestly can't come up with a better CEO candidate for Micron. Today's stock surge is more than just a sigh of relief over the CEO uncertainty situation -- it's a vote of confidence in the new name.