Please ensure Javascript is enabled for purposes of website accessibility
Log In Help Join The Motley Fool
Free Article Join Over 1 Million Premium Members And Get More In-Depth Stock Guidance and Research
By Beth McKenna - Apr 29, 2017 at 10:51AM

Year-over-year revenue and earnings per share declined, but revenue in the key base business increased 3%.

Here's how the quarter worked out for the environmental services company and its shareholders.

US Ecology's results: The raw numbers

For context -- though long-term investors shouldn't pay much attention to Wall Street's near-term estimates -- analysts were looking for US Ecology to turn in adjusted EPS of $0.30 on revenue of $109.9 million. So the company slightly beat the revenue consensus, but fell short on earnings. 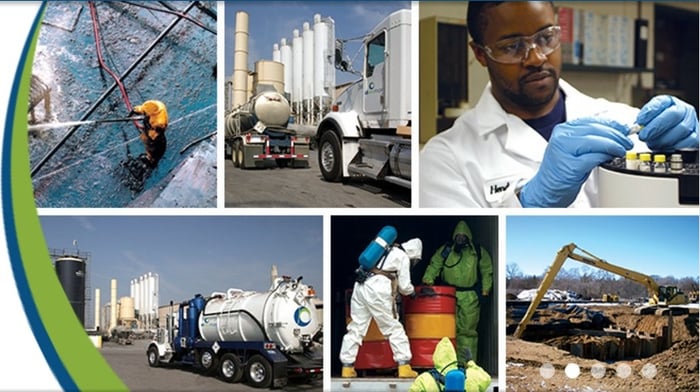 Revenue in US Ecology's key base business, which is part of its environmental services business, rose 3% from the year-ago period. (The base business doesn't include the "event business," or non-recurring projects of 1,000 tons or more.) This is a positive, as the base business experienced a year-over-year decline in the previous quarter.

Year-over-year revenue changes in the base business over the previous few quarters are as follows:

US Ecology's environmental services segment continued its year-over-year revenue decline in the quarter, largely because of project completions in its events business -- revenue declined 9% -- that were not fully replaced. Segment revenue was $81.3 million, about flat with the $81.5 million in the year-ago period. This decrease consisted of a 17% decline in transportation revenue, which was partially offset by a 3% increase in treatment and disposal revenue. Gross profit was $28.7 million, a 5.9% decline from $30.5 million in the year-ago period.

The field and industrial services segment once again had a challenging quarter, as expected, which management attributed to the same reasons as last quarter: an expired contract that wasn't renewed and overall softer industrial market conditions. The segment generated $28.9 million in revenue, down 9.1% from $31.8 million in the year-ago period. Gross profit was $3.2 million, down 33.3% from $4.8 million in the first quarter of 2016. Management attributed the decline to the reduced revenue and to a less favorable service mix.

Here's what CEO Jeff Feeler had to say in the press release:

First-quarter operating results and adjusted EBITDA were consistent with our expectations as we cycled some completed event projects as well as a field and industrial services contract that was not renewed. Base business for the environmental services segment continued its positive momentum, with a 3% increase over what was a strong first quarter of 2016. As expected, event business for the environmental services segment was down 9% in the first quarter due to the strength of our event business in the first quarter of 2016.

US Ecology reaffirmed its previously issued full-year 2017 guidance, which is as follows:

Management remains optimistic about 2017, with Feeler commenting in the press release that the company's "underlying base business remains strong, and we continue to bid on and secure event business opportunities, further supporting our view of sequentially stronger quarterly financial performance as we progress through the year."