Please ensure Javascript is enabled for purposes of website accessibility
Log In Help Join The Motley Fool
Free Article Join Over 1 Million Premium Members And Get More In-Depth Stock Guidance and Research
By Nicholas Rossolillo - Apr 29, 2017 at 11:38AM

Another shopping mall regular is aggressively pulling out of real estate. Here's what investors need to consider.

Recently teen clothing retailer Rue 21 announced it was closing down about a third of its locations and focusing on its online sales business. It's a long-standing trend that has been spelling doom for shopping malls. However, for surviving clothing companies, the store closures could be good news in the long run.

In the last decade, the internet has been putting the hurt on malls. Online retail has been growing by double digits and eating up market share. Traditional brick-and-mortar establishments have responded by offering merchandise online as well, but that hasn't stopped many retailers from closing up shop.

Rue 21 is the latest to hasten the trend. Final details have yet to be released, but about 400 closures are expected. Store closing sales are expected to begin soon, leaving about 700 Rue 21 stores left nationwide. 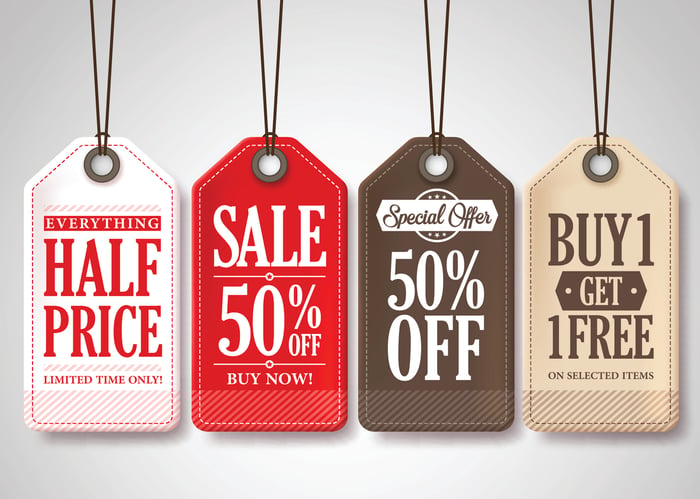 Rue 21 joins a long list of diverse retailers that have been scaling back or closing down in the last year. Here are a few notable mentions:

A shift in shopping preferences

The disruption of internet retail exposes the fact that maybe there has been too much retail out there. Fast-fashion chains like Zara and H&M are also hurting traditional companies. Stores are closing, and the industry is consolidating into fewer players.

Clothing options are dwindling away, and while the way consumers go about equipping their wardrobes may be evolving, the need for clothing obviously isn't going anywhere. Having one fewer fixture in the mall to compete against could go a long way to help the efforts of the businesses that remain.

One such business that is beginning to make a rebound is Gap (GPS 3.03%). The company has been right-sizing its operations, expanding its digital selling capabilities, and sped up its process to bring new styles to market. After a tough couple of years, sales are starting to show signs of picking up. 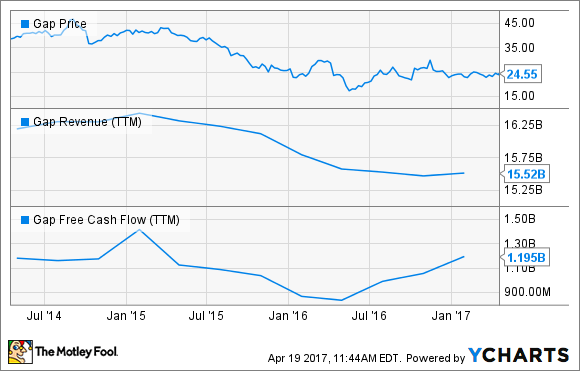 Not all chains have suffered to the same degree in the last couple of years. In fact, some have continued to grow. American Eagle Outfitters (AEO 2.24%) has had success with its omni-channel business, with sales pushing higher from overseas expansion. Sales growth took a breather at last report from its strong run over the last few years, but management thinks its mix of physical stores and digital selling will keep working. 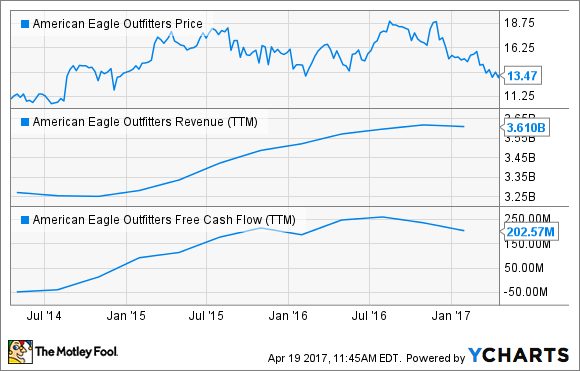 Consider what the trend means

Many malls are closing and being demolished, and some in higher density areas are getting reworked as retail-office-residential hybrid buildings. That doesn't mean all retail as we know it is disappearing -- it's just evolving.

Investors in retail need to consider if their businesses are dug in enough to withstand the tidal wave of change, yet nimble enough to keep adapting. It will no doubt continue to be tough going. The need for merchandising real estate will eventually find a bottom, and the survivors of difficult times usually end up stronger than before. But at this point, it's a risky bet to make.