If last year is any indication, this year's Berkshire Hathaway (NYSE:BRK.B) (NYSE:BRK.A) meeting will bring tens of thousands of giddy investors to downtown Omaha, Nebraska to hear Warren Buffett dish on investing, climate change, and the secret to happiness at work.

While last year's attendance (around 37,000) was lower than previous years due to online streaming of the meeting for the first time ever, you can still expect a pretty packed house and lots of tourists looking to do cool things in Omaha next weekend. 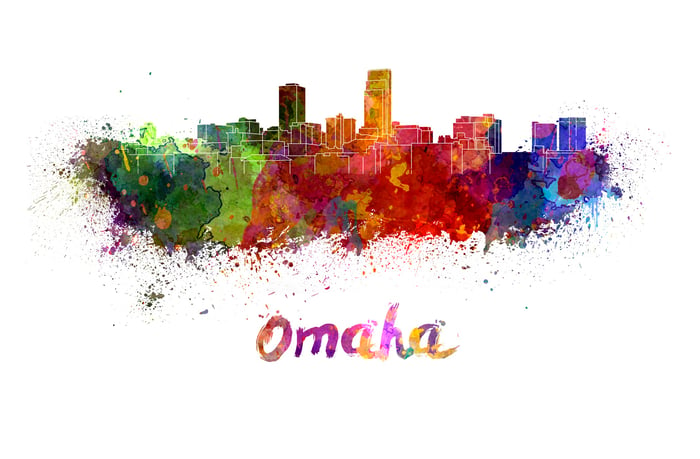 Fortunately, Buffett and the Berkshire Hathaway team have some tips for you. Here were our ten favorites.

Buffett doesn't miss an opportunity! Berkshire Hathaway takes over the CenturyLink Center Friday and Saturday and hosts a "shareholder shopping day" on Friday from 12 p.m. to 5 p.m., featuring lots of deals for eager visitors.

The CenturyLink exhibit hall is 194,300 square feet, so it can be a bit overwhelming at first. Buffett suggests that you "view the terrific BNSF railroad layout...your children (and you!) will be enchanted with it." Start there, and then gradually work your way around. You'll see booths for brands you know well (Duracell, Coca-Cola, Fruit of the Loom, GEICO, Brooks) and some you probably don't (Forest River, Justin Brands, Kirby, Wells Lamont). This is a great time to learn about them -- and maybe buy a few things.

For me, the best part of last year's shareholder day wasn't the stuff (although I found myself spending a lot more than I intended); it was the chance to talk to the people running these businesses for Buffett. Dairy Queen's CEO John Gainor, for example, happily posed for photos and readily answered questions about Buffett and DQ's competitive position.

The Joslyn Art Museum is a must-see, both for the building architecture (a beautiful, imposing art deco marble building) and for the art contained within. The museum's Art Works space provides activity stations so children and adults can interact with art and create some of their own. The museum also features a variety of permanent exhibitions.

Special exhibitions on display through May 7th include Virginia Beahan's photography and Wild Spaces, Open Seasons, which contains art examining the lives of fishermen and hunters from the 1820s until the 1940s. The museum is open from 10 a.m. to 8 p.m. on Thursdays and from 10 a.m. to 4 p.m. Tuesday through Sunday.

Gorat's is Buffett's favorite steakhouse -- he has recommended it to shareholders in every annual letter since 1995.

You need a reservation to get in on shareholder weekend, so it may already be too late (but you can call them at 402-551-3733 just in case something opens up).

Buffett suggests you "show you are a sophisticated diner by ordering the T-bone with hash browns."

The Omaha World-Herald's newspaper creation facility (at the John Gottschalk Freedom Center, located at 14th and Douglas Street) offers tours from 1 p.m. to 4 p.m. Thursday May 4th and Friday May 5th. It prints five weekly newspapers and two dailies, and the printers can produce as many as 75,000 newspapers every hour. If you've never seen a newspaper printing press in person, this is a great opportunity to take a (guided) look.

Buffett bought the World-Herald in 2011, highlighting his long-running relationship and affection for newspapers. As he noted in the 2016 annual letter, "When I was a teenager -- in my one brief flirtation with honest labor -- I delivered about 500,000 papers." Later in his investing career, he was very involved in the Washington Post's leadership, serving on the board and befriending publisher Katherine Graham. It is perhaps no surprise that he challenges shareholders to best him in a newspaper toss at the CenturyLink each year. 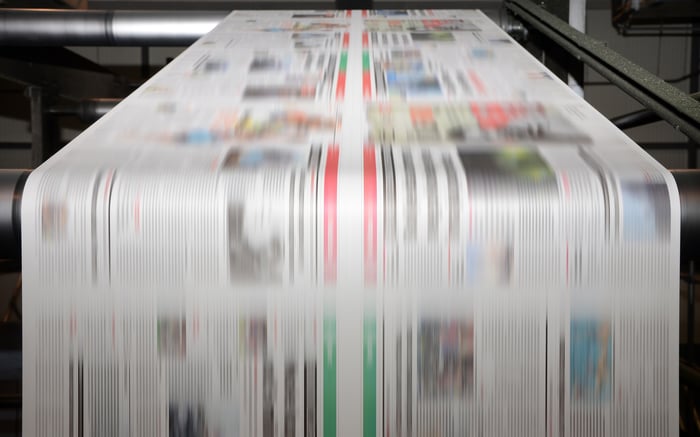 Lauritzen Gardens features four-season plant displays and has twenty gardens built around different themes. It even features some cool LEGO nature sculptures! If you're looking to get away from all the finance and focus on nature, this is a great visit. It's open from 9 a.m. to 5 p.m. every day, and tickets cost $10 for adults and $5 for children aged 6-12. Berkshire Hathaway shareholders can show their credentials to get a free tram ride all weekend.

Borsheims is a Berkshire-owned jewelry store that bills itself as "THE engagement destination." (In fact, last year, Buffett participated in a couple of proposals at the store.)

They've also got some Berkshire Hathaway memorabilia for sale this year, from whiskey glasses to cutting boards to watches.

Borsheims is running special deals for shareholders from May 1st through May 13th. They're also hosting a cocktail reception Friday May 5th from 6 p.m. to 9 p.m. and a gala Sunday May 7th from 9 a.m. to 4 p.m.

Nebraska Furniture Mart is, as you might have guessed from the name, a furniture store (and it's owned by Berkshire Hathaway). Nebraska Furniture Mart is offering special "Berkshire Weekend" discount pricing for shareholders from May 2nd to May 8th at its locations in Omaha, Dallas, and Kansas City. The Omaha location is open from 10 a.m. to 9 p.m. Monday through Friday, 10 a.m. to 9:30 p.m. on Saturday, and 10 am to 8 pm on Sunday.

If you aren't looking to buy furniture this weekend, Nebraska Furniture Mart is also hosting a picnic on Saturday May 6th from 5:30 p.m. to 8:00 p.m., with tickets costing $5.

The Durham Museum, located in Omaha's historic Union Station, provides a window into regional history to interested visitors. It features permanent exhibits featuring antiques, coins, manuscripts, visuals, and more to tell the story of life in Nebraska from its inception to today.

Right now the museum has a travelling exhibit titled "Searching for the Seventies: The DOCUMERICA Photography Project" featuring photos taken by Project DOCUMERICA, which was created by the Environmental Protection Agency. The travelling exhibition was created by the National Archives and Records Administration. The museum is open from 10 a.m. to 5 p.m. Wednesday through Saturday, and 1 p.m. to 5 p.m. Sunday.

Sponsored by Brooks, Borsheims, and the Omaha World-Herald (who all share the same owner – Berkshire), the Invest in Yourself 5K benefits the non-profits Special Olympics Nebraska and Girls, Inc. The starting line is on 10th Street between cross-streets Capitol and Cass. The race starts at 8 a.m. on Sunday May 7. While online registration is closed, you can register for $50 at packet pickup in one of these locations. 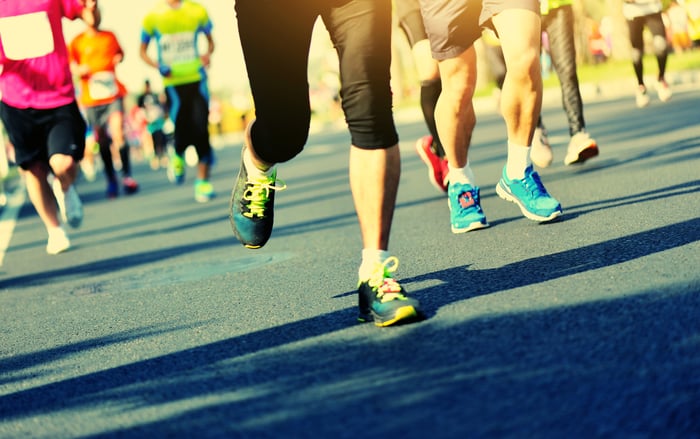 Or you can just show up to cheer people on.

10. The Berkshire Annual Meeting, of course.

Don't forget the main event! The Berkshire Annual Meeting on Saturday May 6th is one of the world's marquee investing events. Known as "Woodstock for Capitalists," it features a packed CenturyLink arena, a special video for shareholders (full of celebrity cameos), an hour-long shareholder meeting, and – most importantly – an hours-long Q&A marathon.

Warren Buffett and vice-chairman Charlie Munger bring their dry wit (and their wits) as they seek to satisfactorily answer 54 questions -- six each from three analysts and three journalists selected to ask about Berkshire's businesses, and 18 from the audience. They don't know the questions beforehand and, although they can anticipate some, others definitely come out of left field. (Last year, one shareholder asked how Buffett and Munger like cattle-ranching as a business. Munger's response: "I think it is one of the worst businesses I can imagine for somebody like us.")

Doors open at 7:00 a.m., and you'll want to get there significantly earlier if you want a good seat. The shareholder video begins at 8:30 a.m., followed by the Q&A, which will run until 3:30 p.m. Finally, they'll wrap up with the shareholder meeting, which should end around 5:00 p.m. Don't worry; there's a break for lunch at noon.

It's a long day. And a long weekend given all the possible events to attend. But you'll probably agree with Buffett that it's worth it.