ResMed (NYSE:RMD), a medical device company focused on sleep apnea and chronic obstructive pulmonary disease, reported its first-quarter results after the market closed on Thursday, April 27. While acquisitions and organic growth once again combined to power double-digit growth in the top line, the company's profitability was held back by higher spending on research and development (R&D), as well as selling, general, and administrative expenses (SG&A).

Here's a deeper dive into what happened at the company during the quarter. 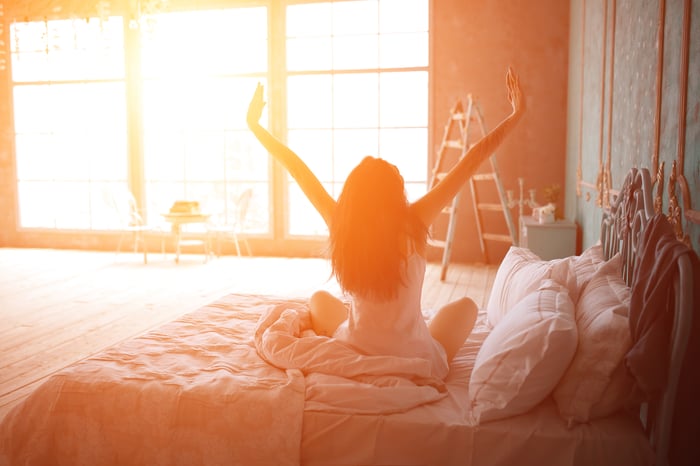 Beyond the numbers, ResMed announced that it has officially launched its next-generation continuous positive airway pressure (CPAP) device called the ResMed AirMini for sale. This device is the smallest CPAP solution on the market, and management expects the product to be particularly well received by homecare provider customers.

ResMed's CEO Mike Farrell was happy with the company's quarterly results, saying, "We had solid double-digit constant currency revenue growth in Q3, led by our Brightree software solutions as well as mask and device sales."

He also noted that the company is still seeing strong demand for its new AirFit 20 range of masks and that it is making progress with the launch of its AirSolutions cloud-based software platform.

ResMed's stock fell the day following this earnings release. That was likely due to the fact that ResMed's quarterly revenue results came in a little bit below Wall Street's expectations.

Short-term price movements aside, CEO Farrell did his best to remind investors that ResMed remains well positioned to deliver on its mission to improve the lives of millions of sleep disorder patients around the world:

We are incredibly excited about the ongoing launch of our new N20 and F20 mask technologies and our pipeline of products in 2017, including, of course, the new ResMed AirMini. We continue to pioneer connected care with enhanced solutions that lower cost for providers and improve outcomes for patients. We are leading the industry, driving consumer awareness of sleep apnea and COPD so that undiagnosed consumers go to see their doctors and healthcare providers. We continue to bring our strategy into action for the benefit of physicians, providers, payers and, most importantly, to improve the lives of tens of millions of sleep apnea and COPD patients around the world.