Management also provided perspective on the company's attempt to purchase Moneygram International Inc (NASDAQ:MGI), a proposal which appears to have failed following a sweetened offer from China's Ant Financial. We'll delve into the quarter's details, as well as the implications of the Moneygram deal after a brief look at headline numbers directly below: 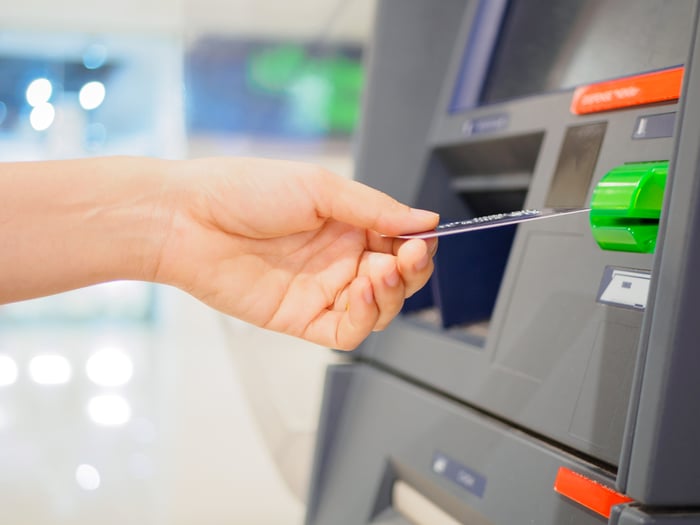 Euronet's pursuit of Moneygram provided an intriguing background to earnings. Euronet had put forward an unsolicited offer for Moneygram in March as the company was evaluating a takeover bid from Ant Financial, an affiliate of Alibaba Holding Group Ltd. (NYSE:BABA).

In mid-April, Ant Financial raised its original offer by a third, to $18 per share in cash, which exceeded Moneygram's offer of $15.20 per share by 18%. Moneygram's board then rejected Euronet's proposal and is proceeding with the Ant transaction.

During Euronet's earnings conference call with analysts, CEO Mike Brown made two pertinent points regarding the company's failure to acquire Moneygram. The first placed some perspective on the lost deal:

...but if you add up ourselves and MoneyGram and Western Union, the three of them control less than 25% of the world's remittance. So, therefore, 75% is up for grabs and that's what we've been focusing on; that's how we've gotten stronger and stronger and bigger and bigger over the last year as we really focus on the rest of those people.

The second point relates to future acquisitions should Euronet not propose a third bid for Moneygram. Unless the transaction with Ant Financial runs into compliance problems with U.S. or European regulators, Euronet looks increasingly set to walk away.

This is a big one; this would have taken all our powder and then some. And if it doesn't go, then we've got a whole lot left as you suggest... we've actually been evaluating several other acquisitions alongside the MoneyGram one during this entire time. So we're not really serial thinkers. You never know when the good one is going to pop up. So you've got to kind of run [a] parallel process [and] be looking at 2 or 3 all the time, all the time.

Euronet has enjoyed success in recent years by pursuing a number of very strategic acquisitions, from its money-transfer acquisition of RIA in 2006 to its expansion into currency exchange via the 2015 purchase of currency platform XE. Such purchases are essential to expanding the company's total annual transaction volume.

Regardless of the outcome of the Moneygram bid, management is signaling that Euronet is set to enter another stretch of acquisitions. Investors shouldn't be surprised to see more merger activity announcements from Euronet in the coming quarters.