Machine vision company Cognex Corporation (NASDAQ:CGNX) continues to please investors by releasing guidance-busting results and winning large orders from customers in new markets.The first-quarter earnings report continued the company's run of strong earnings reports, and management signaled that it is on track to see a significant pickup in revenue in the second half. Let's take a look at Cognex's first quarter.

Clearly, it was another very strong quarter for Cognex, with revenue and earnings blowing past internal guidance. Moreover, as new CFO John Curran pointed out on the earnings call, "Operating margin expanded to 28% from 17% a year ago. This increase reflects the substantial leverage that incremental revenue has on our business model." In other words, as revenue increases at Cognex, you can expect earnings to increase even more.

The good news didn't stop there, because the second-quarter guidance -- Cognex management doesn't give specific guidance for more than a quarter ahead -- implies good growth despite coming up against a strong second quarter in 2016.

Let's take a closer look at that guidance. First, last year's earnings contained some large consumer electronics orders that were split between the second and third quarters, which explains Curran's commentary above. Second, the ongoing increase in operating expenses is reflective of "continued investments in growth activities and costs associated with recent acquisitions," according to the earnings press release. Essentially, the cost increases are due to Cognex preparing for ongoing growth -- no bad thing.

Indeed, Willett outlined, "Additional larger consumer electronics orders are expected to turn to revenue later in 2017, unlike last year, when large electronics orders were evenly split between Q2 and Q3." This means Cognex could see a large increase in revenue in the second half, although Willett said he isn't sure about where the split will occur between the third and fourth quarters. 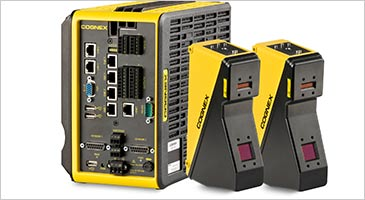 Another feature of the earnings report was how widespread the strength was. Willett began his earnings call presentation by highlighting that growth across all regions was better than expected. In addition, Curran disclosed that factory automation revenue in the Americas -- a difficult area for Cognex in 2016 -- increased mid-teens on a year-over-year basis, a sign that Cognex is starting to benefit from the expected increase in U.S. industrial production in 2017.

In turn, Curran began his presentation by claiming that sales were better than forecast "across a range of industries, including consumer electronics and automotive." For reference, automotive is historically a core end market for Cognex -- around a third of its end-market demand -- and Willett outlined that automotive-related revenue grew 20% in the quarter.

All told, another strong set of results and guidance. That said, there is no guarantee that the large consumer electronics orders will turn into revenue in the second half -- recall that Cognex had expected large orders in the second half of 2015 only to disappoint as end-market conditions discouraged customers from making them. No matter: On current trends, the company looks set for an excellent 2017.