Please ensure Javascript is enabled for purposes of website accessibility
Log In Help Join The Motley Fool
Free Article Join Over 1 Million Premium Members And Get More In-Depth Stock Guidance and Research
By Brian Stoffel - May 2, 2017 at 5:37AM

A mortgage slowdown could actually lead to dominant market share over the long run. Here's how to profit from that.

When President Trump was elected, mortgage rates shot up overnight. A combination of his own rhetoric regarding the Federal Reserve and the fact that the economy continues to improve led many to believe that our historically low borrowing costs would be coming to an end.

It looks as if some of those chickens are now coming home to roost. Home refinancing, which is part of the two-pronged attack that keeps the mortgage business humming -- along with actual home purchases, is expected to drop around 20%  in 2017. 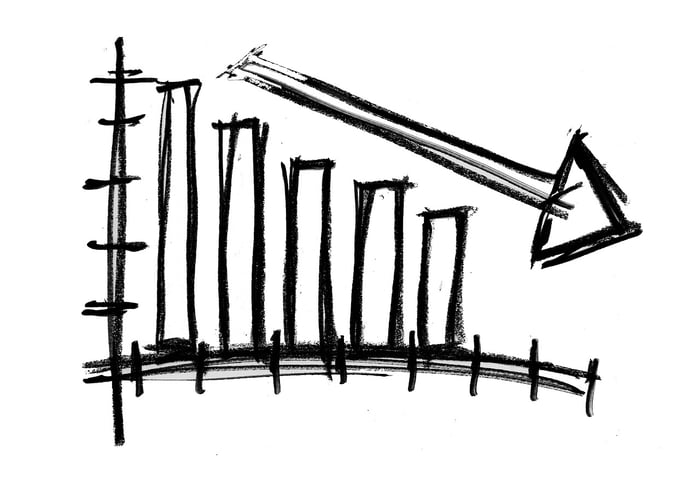 As a result, shares of one company aiming to make the mortgage business more efficient, Ellie Mae (ELLI), have taken a steep fall on a weaker-than-hoped for outlook.

And yet, I'll be buying this stock for my own personal portfolio in May despite the headwinds. Read below to find out why.

I'm assuming the slowdown is real

In case you're worried that I'm burying my head in the sand and hoping that the mortgage slowdown isn't real, I'm not. Ellie Mae's own executives spelled out exactly what to expect in the year ahead. Said CFO Matt LaVay:

This will certainly affect both Ellie's revenue and profitability. That's because the company not only makes revenue via subscription fees, but it also gets a cut of every transaction that takes place on its Encompass platform.

And with management calling for flat earnings growth in the year ahead, you could be forgiven for thinking that I'm a little crazy.

The forces that matter to long-term investors

It may be that I'll be buying shares at the wrong time -- that they will continue to slide as loan origination slows. That's why I'm simply making a modest purchase -- not "backing up the truck."

That being said, there are two very powerful forces driving Ellie Mae forward that I don't think investors should ignore: the network effect and high switching costs.

Let's tackle the network effect first. If I'm in the mortgage business, and I need to find someone to tackle legal, title, or appraisal services, I can find someone to hire via the Encompass platform. The more mortgage originators using Encompass, the more other professionals are incentivized to use the network, which encourages still more mortgage originators to join. It's a virtuous cycle.

At the same time, the company also has high switching costs. Once a regional lender trains its employees on using the Encompass platform, it would be loath to switch. Not only would doing so be costly and run the risk of losing mission-critical data, but it would create massive headaches for everyone involved.

That helps create a situation where customers are locked in for the long run.

Here's the other rub: Even though originations will likely slow down, Ellie Mae still has massive market share to gain. While exact numbers aren't available, it's estimated that the company is only being used by about 30% of its total addressable market right now.

A slowdown might have the effect of hurting Ellie Mae in the short run -- by lowering the amount of transactions on the network and lowering both revenue and profitability -- but being a huge boon over a decades-long time horizon.

That's because a slowdown would likely drive out any start-up looking to challenge Ellie Mae, while allowing the company to grab market share in the meantime. Indeed, even though we're at the beginning of what could be a difficult stretch, the company continues to add more users to its list -- and increase the revenue per active user.

During the most recent quarter, the company added 12,100 users, and it expects to add another 27,000 through the end of the year. That would bring the total of active users -- assuming management's estimate of 80% of all users being active -- to over 200,000. That means despite the slowdown, its base will have grown by 22%.

While management estimates that about 40% of revenue is sensitive to mortgage volume, the market share gains such user growth represents can't be ignored. Those users are highly likely to be locked in. If investors have a long enough time frame, they'll be around to see mortgage volume pick up again -- and benefit from the strong moat Ellie Mae is building around itself.

That's why I intend to buy shares now and -- if the mortgage industry continues to falter -- leave some cash on the side to purchase more later. Patient investors should consider doing the same.