Please ensure Javascript is enabled for purposes of website accessibility
Log In Help Join The Motley Fool
Free Article Join Over 1 Million Premium Members And Get More In-Depth Stock Guidance and Research
By Joe Tenebruso – May 2, 2017 at 5:02PM

Shopify (SHOP 0.64%) reported first-quarter results on May 2. The provider of multi-platform commerce solutions is enjoying ardent demand for its services from a growing army of entrepreneurs, prompting management to boost its outlook for the year ahead. 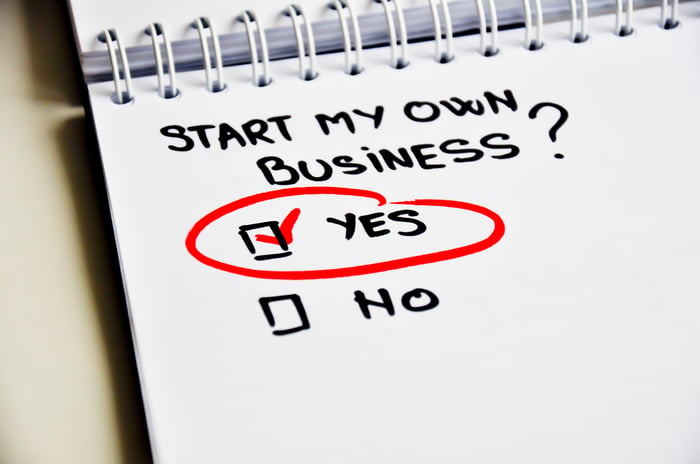 Sales for Shopify's merchant solutions segment -- which includes the company's payments and shipping services -- rose an even more impressive 92%, to $65.3 million.

Together, that drove a 75% surge in total revenue to $127.4 million, which was significantly above Shopify's guidance for Q1 revenue in the range of $120 million to $122 million.

Moreover, gross merchandise volume -- which represents the total dollar value of orders processed on Shopify's platform -- soared 81% to $4.8 billion in the first quarter. And gross payments volume (the amount of GMV processed through Shopify Payments) leapt more than 80% to $1.8 billion. That accounted for 38% of GMV processed in the quarter, up from 37% in Q1 2016.

These results prompted Shopify to raise its full-year financial outlook, including:

"With our excellent start to the year, it is clear we are becoming the de facto platform for sellers," CFO Russ Jones said in a press release. "Retail is shifting headlong toward the vision we laid out two years ago -- of inspiring entrepreneurship with multi-channel commerce -- and we fully expect to continue leading this industry transition for years to come."