SVB Financial Group's (NASDAQ:SIVB) first-quarter earnings rose 28% year over year, helped by improving net interest margin and loan growth, but the company's guidance for the remainder of the year had some puts and takes. Here's what shareholders should know now.

Speaking broadly about the health of Silicon Valley's start-ups in prepared remarks on the company's conference call, CEO Gregory Becker said the following:

The environment for our clients remains healthy, although, not without its challenges. Raising money was the top challenge identified by start-up executives in our recent annual Startup Outlook Survey. Fortunately, there is continued investor appetite and capital for good companies, especially those that can demonstrate growth. While U.S. venture capital investment in the first quarter pulled back from its 2016 highs, the number of deals in the first quarter was still healthy and dollars invested increased over the fourth quarter. Overall, we view this progression as an expected and desirable return to normalcy. With estimated levels of dry powder in venture capital greater than $100 billion, most of that raised in the last two years, we believe there is sufficient capital to fuel the innovation ecosystem and that good companies will continue to get funding.

Notably, SVB Financial's commercial loans to venture companies shrank quarter over quarter, and grew only modestly year over year. Loans to software and internet companies, its second-largest loan portfolio, grew just 0.2% from the same period a year ago, and shrank by 2.9% quarter over quarter. While slow loan growth may not be ideal, it does stand as evidence that SVB Financial isn't sacrificing underwriting standards for loan growth. 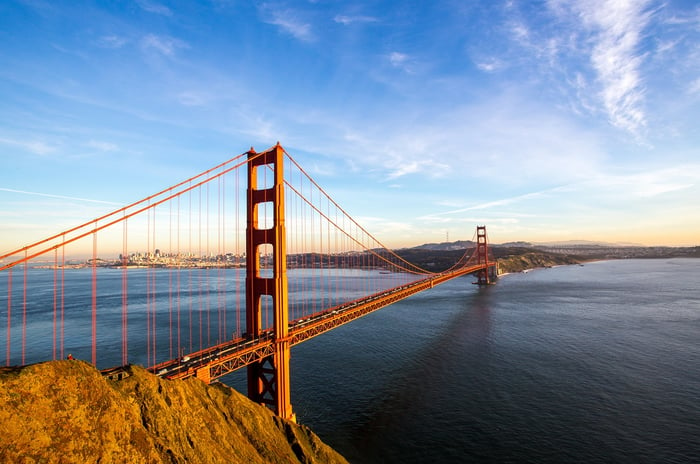 SVB Financial updated its guidance for the remainder of the year, with some important puts and takes. The table below reflects the items for which guidance was changed this quarter.

On the conference call, the company addressed the competitive environment, noting that "competition remains intense for all banks," and that competition is having an impact on loan pricing and the pace of loan growth.

Primarily a lender to Silicon Valley start-ups and the funds that support them, SVB Financial Group's clients are more affected by the health of the financial markets and confidence in the economy than traditional "old economy" borrowers. The challenge is driving loan growth while working with only the highest-quality borrowers, something SVB Financial Group has done well over several cycles.