Synchrony Financial (NYSE:SYF) reported that its first-quarter net profit declined by 14% year over year as the company increased provisions for loan losses. The company primarily operates as a private label card issuer that funds store cards offered by Wal-Mart, J.C. Penney, and Lowe's, to name a few of its largest partners.

First-quarter earnings for other consumer lenders and card companies, notably Capital One Financial, were similarly struck by higher provision expenses in the first quarter of 2017. Recent vintages (credit lines extended in 2015 and 2016) were specifically called out as being a source of higher credit losses and delinquencies.

Synchrony's first quarter by the numbers

Some key metrics in the company's earnings release are reflected in the table below, complete with the change from the year-ago period.

Roughly 29% of Synchrony Financial's credit card exposure is to borrowers with FICO scores of 660 or lower, making it more sensitive to credit quality among higher-risk borrowers than other card companies. Here's what investors should know about its performance this quarter. 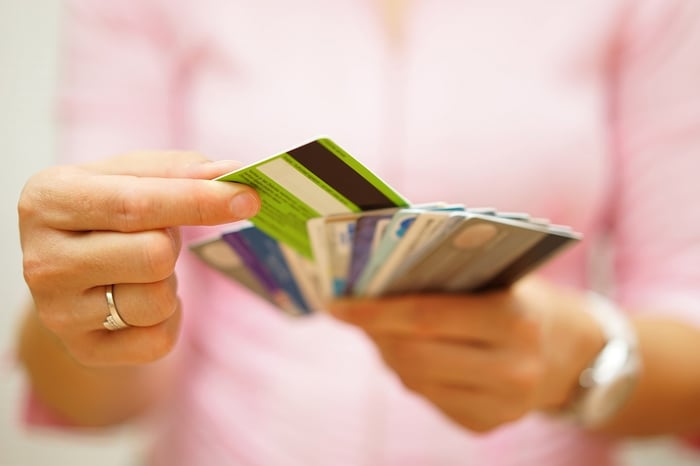 What management had to say and a look ahead

Management updated its outlook for the remainder of the year, highlighting its expectations for higher net interest margin and a lower efficiency ratio (good), while forecasting elevated net charge-offs (bad).

Part of the first-quarter reserve build, approximately $50 million, is the result of a decrease in so-called "recovery pricing," or what the company receives when it sells poorly performing loans to collection specialists. Management indicated that it doesn't have much visibility into how recovery pricing will trend in the future, but that a recovery pricing trends was partly to blame for higher loan loss guidance. Any improvement in pricing would therefore soften the blow of provisions going forward.

At the end of the first quarter, Synchrony's allowance for loan losses stood at 6.37% of its loans outstanding, an increase from 5.50% in the same period a year ago. That Synchrony will continue to build reserves after growing its allowance for loan losses by 0.87 percentage points in the past year indicates that it expects particularly elevated losses to flow through its earnings for some time to come.

Shares opened down about 15% from where they closed prior to the April 27 earnings release.