Please ensure Javascript is enabled for purposes of website accessibility
Log In Help Join The Motley Fool
Free Article Join Over 1 Million Premium Members And Get More In-Depth Stock Guidance and Research
By Bradley Seth McNew – Updated May 2, 2017 at 12:58PM

The high-fashion brand got a lift today after its fiscal third-quarter earnings report. Management's confidence could also mean an imminent acquisition.

Shares of the high-end handbag and accessory maker Coach (TPR -4.17%) gained more than 11% in early-morning trading today after the company released its fiscal third-quarter results that included better-than-expected earnings.

For the quarter ended April 1, Coach reported sales of $995 million, down 4% year over year, but beat analyst estimates on profit. Earnings for the period grew about 7% to $0.43 per share as the company cut back on discounting, which helped its gross margin to expand. As Coach CEO Victor Luis said in the earnings release, "In a volatile and complex global environment, we delivered continued positive comparable store sales for the Coach brand in North America and gross margin expansion in each segment, while tightly controlling costs." 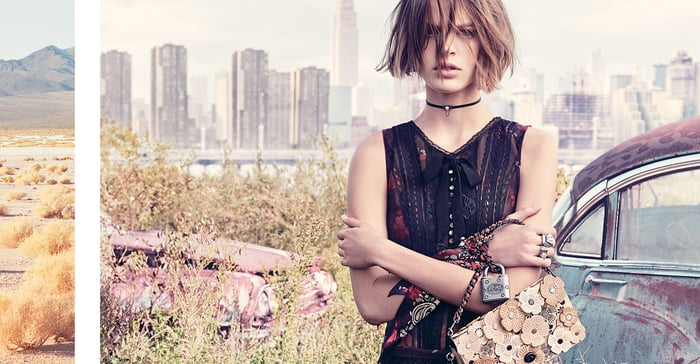 Gross margin for the quarter grew 190 basis points over the prior year -- no small feat for a high-end retailer feeling pressure from an increasingly competitive lower-end market -- ending at nearly 71%. As the company continues to try to gain back market share without cutting costs, its higher gross margin could mean increased earnings strength when full fiscal year earnings are announced in a few months. Earnings per share are up 15% for the last three quarters, year over year.

Another reason to be watching this company closely is that its management team seems to be on the lookout for potential acquisitions. Talks for a potential merger with Kate Spade & Company (KATE) stalled in April when Kate Spade management said it needed more time to consider Coach's pending offer. Regardless of what happens with Kate Spade, however, there have been other rumored possible targets recently, such as the British fashion company Jimmy Choo.