Boeing (NYSE:BA) entered 2017 with a very cautious outlook for aircraft orders, but so far, it's running well ahead of last year's pace. As usual, the 737 family is driving the bulk of Boeing's order activity. However, the 787 Dreamliner family is also off to a solid start.

On Tuesday morning, the Dreamliner bagged another important win as Canadian low-cost carrier WestJet (TSX:WJA) announced a firm order for 10 787-9s, along with another 10 options.

Firm orders have been in short supply

Boeing's Dreamliner program secured the bulk of its firm orders between 2004 and 2008, well before the type's entry into service. The launch of the larger 787-10 variant in 2013 spurred a brief uptick in sales activity, with 182 net orders for the 787 family that year. However, Dreamliner orders have trailed deliveries since then. 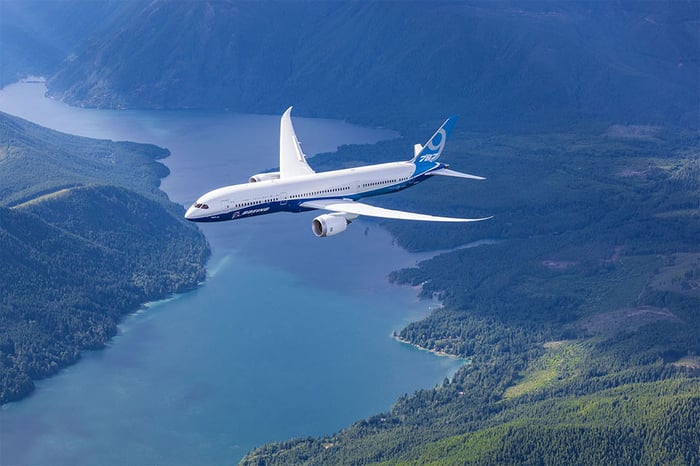 Boeing's backlog of 672 firm orders for the 787 serves as a buffer for now. But unless order activity accelerates, it will eventually need to cut production. For Boeing to increase production to 14 per month as planned, it would need even more orders to come in.

Through the first four months of 2017, Boeing has received just 13 firm orders for the 787 family. However, that figure excludes Boeing's two biggest Dreamliner deals of the year, as they have not been finalized yet.

The first of these order commitments came from Singapore Airlines in February. The Asian carrier, which had previously ordered 30 Dreamliner 787-10s, plans to buy another 19 787-10s, in order to modernize and expand its fleet. Singapore Airlines also has options to purchase six more 787-10s.

This week, WestJet gave the Dreamliner its second biggest order commitment of the year, agreeing to buy 10 787-9s, with options for another 10. Deliveries of the first 10 planes are scheduled to run from 2019 to 2021. 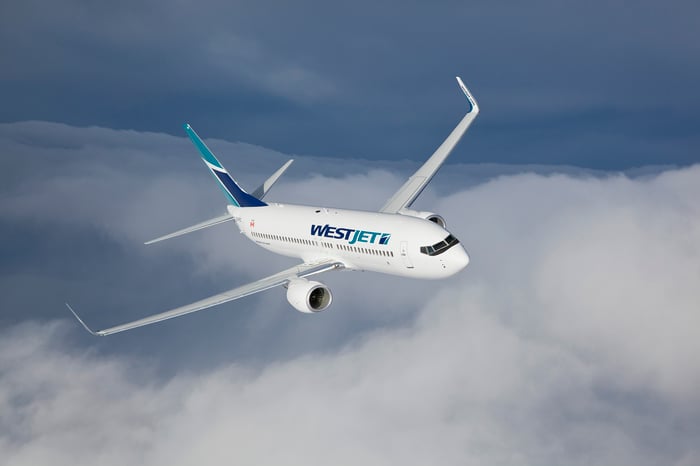 WestJet plans to use the 787-9s to expand its nascent international service. The company noted that the Dreamliner's long range would allow it to expand into Asia, Latin America, and deeper into Europe.

Additionally, the 787-9s are eventually likely to replace the four Boeing 767s that WestJet is currently using for flights to London and Hawaii. Those planes are nearly 25 years old, on average, and probably need to be retired a few years down the road.

Including the Singapore Airlines and WestJet order commitments, Boeing has captured 42 Dreamliner orders this year. That's a solid start to the year, considering that orders tend to concentrate around the top air show of the year -- the Paris Air Show takes place next month -- and near year-end.

Is WestJet biting off more than it can chew?

WestJet's ambitions seem to be growing rapidly. Just five years ago, it was strictly a low-cost carrier in the mold of Southwest Airlines, operating a uniform fleet of Boeing 737s. Since then, it has built up an extensive regional operation using turboprops and added Boeing 767s to its fleet to support longer-range flights to Hawaii and London.

Just two weeks ago, WestJet announced plans to launch an ultra-low-cost carrier under a new brand name, using Boeing 737s with a denser seating configuration. Now, it also plans to expand its international service dramatically by adding 10 787-9s to its fleet. And in the meantime, WestJet, like other airlines, has to cope with higher fuel prices, which have already started to put pressure on its profitability.

Thus, WestJet's management will have its hands full over the next few years. This raises the risk of execution mistakes for the proposed ultra-low cost carrier, for WestJet's growing international operations, or even for the company's core domestic business.

That said, if WestJet is successful in moving into the international market, Boeing is likely to get plenty of additional Dreamliner orders in the coming years. Air Canada operates nearly 100 widebody aircraft, so it's clear that WestJet's potential market opportunity for the 787 is a lot bigger than 10 planes.