Please ensure Javascript is enabled for purposes of website accessibility
Log In Help Join The Motley Fool
Free Article Join Over 1 Million Premium Members And Get More In-Depth Stock Guidance and Research
By Travis Hoium - May 3, 2017 at 7:31PM

Education and commercial markets are driving McGrath RentCorp's growth, and that's not all this company has to offer investors in the future.

McGrath RentCorp (MGRC 0.41%) has been through some cyclical ups and downs over the last few years. Its energy segment has suffered from the decline in oil drilling in the U.S., and a lack of communications investment has been a drag on that business as well. But the need for mobile, modular buildings continues to rise and has been a boon to the company. And now the tides in its struggling segments may be turning.

First-quarter results released after the market closed on Tuesday show growth on both the top and bottom lines, but it's improvement in the business segments that have been struggling that could be the long-term driver of this company and its stock. 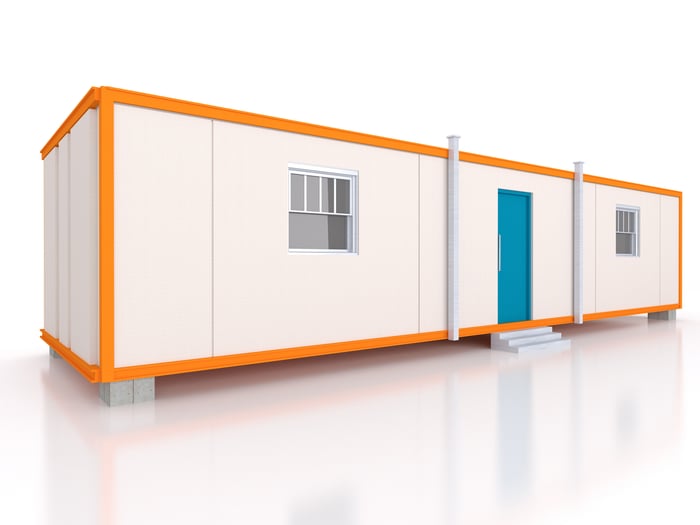 Mobile modular continues to be the strength at McGrath RentCorp, but Adler Tanks is finally improving after being a drag on the business for a couple of years due to low energy prices. Here are some highlights from its business segments:

Management sees the business turning in the right direction and starting to reverse tough conditions for both Adler Tanks and TRS-RenTelco. The communications segment continues to be tough, but general purpose test equipment did increase 3%, so there are some signs of improvement. The tank business has also been improving and margins are on the rise, which should help the bottom line.

Education, commercial, and portable storage markets also continue to be the core strength for McGrath RentCorp's mobile modular business. The long-term trend in those markets is strong, and can likely be counted on as growth drivers in the years ahead.

Management expects a 3% to 5% increase in operating profit for 2017, which would be driven by mobile modular, and that there will be less drag from the other two segments than in the past. After a solid first quarter, McGrath RentCorp's business may finally be turning around.