Please ensure Javascript is enabled for purposes of website accessibility
Log In Help Join The Motley Fool
Free Article Join Over 1 Million Premium Members And Get More In-Depth Stock Guidance and Research
By Ashraf Eassa – May 3, 2017 at 11:30AM

Could it be different this time?

A long time ago in a galaxy far, far away, Microsoft (MSFT -0.97%) and a handful of ARM-based chipmakers made a big deal about an operating system dubbed Windows RT. Windows RT was a version of Microsoft's Windows operating system designed to run on processors that implement the ARM instruction set architecture, rather than on Intel's (INTC -1.66%) x86 architecture. 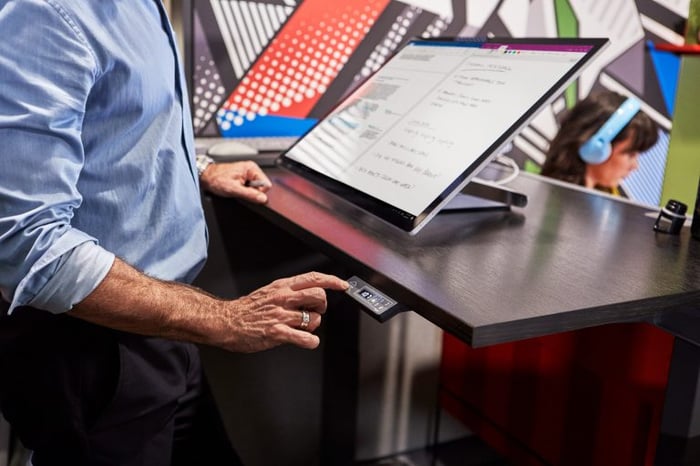 Yesterday, at an education-focused event, Microsoft introduced a new flavor of Windows 10 known as Windows 10 S, which has been described as a competitor to Alphabet's (GOOG 0.02%) (GOOGL -0.01%) Google Chrome OS.

Windows 10 S differs from standard Windows 10, per Ars Technica, in that it "can only run and install applications that are obtained through the Windows Store."

"Both applications [that] are built using Microsoft's new Universal Windows Program (UWP) framework, and traditional Win32 applications ported to the Store using the Desktop Bridge (formerly known as "Project Centennial") will be permitted, but Win32 applications that use their own installers will not function," Ars Technica explains.

It seems to me that this is Microsoft's way of paving the way for wider adoption of ARM-based processors on the Windows platform, since restricting the kinds of applications that will work in Windows 10 S in this fashion means that ARM-based chips shouldn't be at a disadvantage in terms of compatibility to Intel x86-based ones.

Obviously if Windows 10 S allows Microsoft and its partners to bring down system price points to make them more competitive with Chrome-based devices, then that'd be a clear win for Microsoft. I don't see Windows 10 S-based computers substantially cannibalizing sales of full-fat Windows 10-based systems, so I see this more as Microsoft defending itself against Chrome-based systems (halting or even reversing share loss in certain segments).

Other potential winners include ARM-based chip makers, such as Qualcomm (QCOM 0.31%), that now can sell processors into such systems.

The loser, of course, would be chipmaker Intel (INTC -1.66%), which sells the clear majority of chips into notebook computers today. To the extent that ARM-based vendors can win designs, Intel stands to lose unit and revenue share.

A similar argument could have been made for Chromebooks, which enabled fundamentally the same thing that Windows 10 S aims to -- the viability of ARM-based systems. However, Intel wound up gobbling up the bulk of Chromebook processor market share, leaving only scraps for the ARM-based vendors to split.

Strategy for Qualcomm and Intel

I think that the two main suppliers of processors into Windows 10 S-based computers will be Intel and Qualcomm, as these are the two companies large enough with the resources to develop and support Windows-compatible platforms.

At the same time, though, if Intel can't deliver competitive low-power, low-cost products (via its Atom line), that could give Qualcomm a window of opportunity. Qualcomm, for example, has the advantage of higher levels of chip integration (particularly when it comes to connectivity technologies like Wi-Fi and 4G LTE) over Intel.

It'll be interesting to see how this all plays out.