Please ensure Javascript is enabled for purposes of website accessibility
Log In Help Join The Motley Fool
Free Article
Join Nearly 1 Million Premium Members And Get More In-Depth Stock Guidance and Research
By Sean Williams – May 3, 2017 at 9:48AM

Shares of Pacific Biosciences of California (PACB 7.32%), a developer and manufacturer of genetic sequencing machines, tumbled 24% in April, according to data from S&P Global Market Intelligence. The culprit for its dismal performance can be traced to its first-quarter earnings release on April 26.

For the quarter, Pacific Biosciences reported a 60% year-over-year increase in revenue to $24.9 million. The increase was even more impressive on a product and service basis considering that last year's Q1 results included a $3.6 million contractual revenue boost. 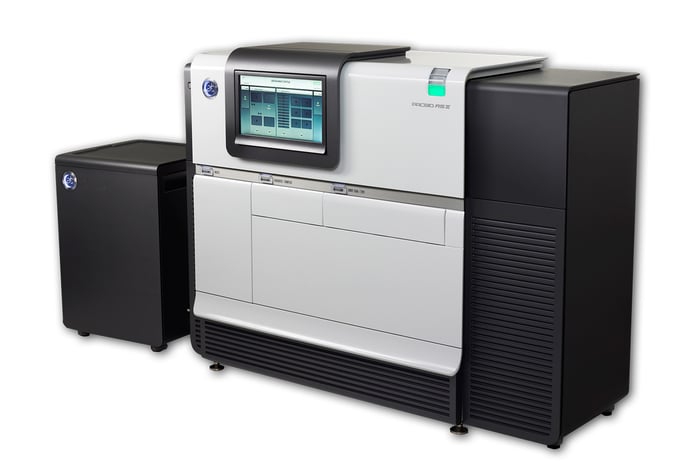 Comparatively, Wall Street had been counting on $23.8 million in sales and a $0.23-per-share loss. This means Pacific Biosciences topped revenue by $1.1 million but reported a $0.03-per-share wider loss.

The real issue was the company's operating expenses. In addition to its one-time charge, sales, general and administrative expenses surged to $15.27 million from $11.71 million in the year-prior period. Total product revenue cost also exploded to $11.36 million from $6.88 million. The end result is that despite selling and servicing more of its diagnostic sequencing machines, it actually produced lower margins and a wider loss. In short, Wall Street's faith in Pacific Biosciences to narrow its losses as sales improve has been shaken.

On one hand, it's really hard not to like what Pacific Biosciences brings to the table in terms of its proprietary SMRT sequencing technology. As personalized medicine takes shape and specialized treatments push to the forefront, it would not be in the least surprising to see the company's sales regularly grow by a double-digit percentage for years to come.

On the other hand, earnings disappointments are becoming commonplace for shareholders. The big question at this point is whether these are the expected growing pains of a solid product, or if the company's management team doesn't have as clear an outlook into the future as it should. I'm inclined to believe the former, but would certainly recommend caution to investors who are considering dipping their toes into the water after April's tumble.