Shares of Boyd Gaming Corporation (NYSE:BYD) jumped as much as 10% in trading Wednesday after the gaming company reported first-quarter earnings. At 3:20 p.m. EDT, shares were still up 8.4% for the day.

Net revenues were up 9.6% versus a year ago, to $605.3 million, and income from continuing operations jumped from $21.6 million to $35.1 million, or $0.31 per share. Net income, including discontinued operations, was $35.5 million and included the company's stake in Borgata Hotel Casino & Spa in Atlantic City. 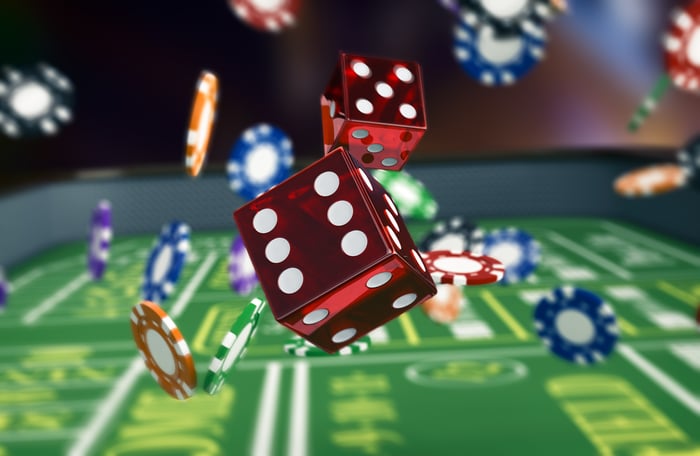 Analysts were only expecting $601.1 million in revenue. Even adjusted earnings per share of $0.32 beat estimates by a penny.

The Las Vegas locals market was a big help, driven by the acquisitions of the Cannery, Eastside Cannery, and Aliante hotel-casino properties. And performance in downtown Las Vegas was also slightly better than a year ago.

What shouldn't be lost is that the Midwest and South regions were down from a year ago, on the basis of both revenue and EBITDA (earnings before interest, taxes, depreciation, and amortization). Regional gaming has been in a long-term decline and Boyd Gaming hasn't been immune to that downturn. For now, Las Vegas is offsetting the weakness, but keep an eye on how organic growth changes in future quarters that lack the same acquisition impact.