Please ensure Javascript is enabled for purposes of website accessibility
Log In Help Join The Motley Fool
Free Article Join Over 1 Million Premium Members And Get More In-Depth Stock Guidance and Research
By Travis Hoium – May 3, 2017 at 11:23AM

Despite years of expansion, IMAX only broke even last quarter, and that didn't impress investors looking for improving results. 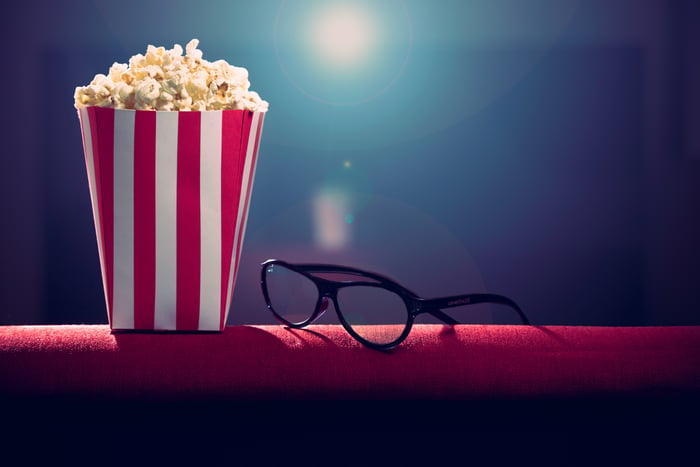 On the plus side, IMAX signed an expanded partnership in China that will add 40 new IMAX theaters to a network with Jiangsu Omnijoi Cinema Development, bringing its total to 72 theaters. It also signed a deal with AMC to add 25 theaters to its network in Europe. But these new deals weren't enough to excite investors, who are looking for results now.

IMAX has been rapidly building out its network since 2009, when Avatar showed the potential of the large-format theater business. But eight years later, the company is still only breaking even, even if it was a relatively slow quarter for big box office movies. Last quarter was mostly about adjusting expectations a little lower.

IMAX needs big box office hits to drive earnings, and those hits that bring windfall profits haven't been terribly common lately. Until they are, the excitement behind IMAX's stock may be lacking as well.