Shares of ImmunoGen (NASDAQ:IMGN), a clinical-stage biotech focused on antibody-drug conjugates that are used to treat cancer, jumped more than 10% during April, according to data from S&P Global Market Intelligence .

ImmunoGen didn't have a lot of news to share with investors during that month that could help to explain its rise. However, the company did receive some attention from Wall Street that probably affected its share price.

It mid-April, Leerink Partners upgraded the ImmunoGen's stock to "outperform" and gave the share price an $8 target. A few days later, an analyst at RBC Capital Markets downgraded the company's stock to "sector perform" and dropped the price target from $18 to $7. That might sound like bad news, but the $7 target price is still more than 50% higher than where shares were trading at the time. 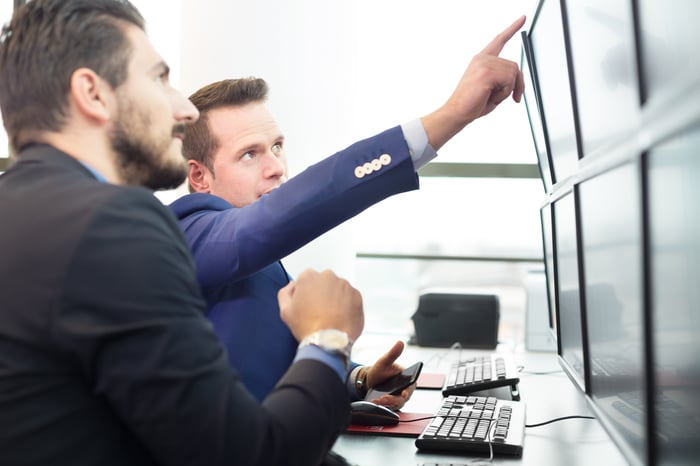 ImmunoGen's stock has been on an absolute tear in 2017. Shares have rallied more than 109% since the start of the year as the company comes closer to releasing data from its phase 1b/2 FORWARD II trial. This study is testing ImmunoGen's lead drug, mirvetuximab soravtansine, in combination with a handful of other cancer drugs, such as Roche's Avastin and Merck's Keytruda. The company will also report pooled data from over 100 ovarian cancer patients who were treated in multiple phase 1 trials testing mirvetuximab soravtansine as a monotherapy. These two data releases will help give investors a sense of how its phase 3 FORWARD I trial is going, which is a long-term trial that is evaluating mirvetuximab soravtansine in patients with platinum-resistant ovarian cancer.

These upcoming catalysts might have captured Wall Street's attention, but I personally feel that ImmonoGen's stock is still far too risky to touch. That's why I have no plans to chase this red-hot stock with my capital.