Please ensure Javascript is enabled for purposes of website accessibility
Log In Help Join The Motley Fool
Free Article
Join Nearly 1 Million Premium Members And Get More In-Depth Stock Guidance and Research
By Travis Hoium – Updated May 4, 2017 at 5:04AM

Residential solar companies can't stay away from government investigations, and Wednesday's news that the SEC is looking into Sunrun and SolarCity caught the investing world by surprise.

Any time the SEC begins looking into a company, it's not a good sign. And in the case of Sunrun (RUN -5.04%) and Tesla's (TSLA 0.91%) SolarCity, the revelation that the SEC is examining whether or not the companies are giving enough information about contract cancellations is a bad sign.

However, the investigation by the SEC may be a little late for investors, and companies may be able to adjust to cancellations on their own. Still, there is a reason Wednesday's SEC revelation is a big deal. 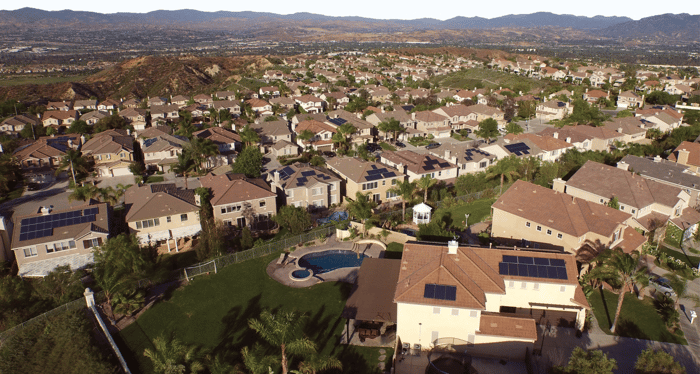 What the SEC is looking at

The SEC is investigating whether Sunrun and SolarCity are disclosing contract cancellations appropriately to investors. These aren't the contracts for solar systems that are already on the roof, they're contracts that are signed, and then the customer backs out before the installation takes place.

This could be material for investors because both Sunrun and SolarCity have typically reported retained value as their primary estimate of value creation. And retained value was built on the projected contracted value of solar systems, not the value of installed systems. If a significant number of contracts were cancelled, the retained value of both companies would likely fall.

Why this isn't a big deal

A couple of years ago, this would be a huge deal. But today, Tesla reports very little about SolarCity's value creation or contracted numbers, and Sunrun recently changed its value methodology to focus more on deployed values.

In other words, the complaint appears to be against metrics that are a bit dated. Investors care about the MW deployed, but if half of customers cancel between contract and deployment, it doesn't change the deployed MW number.

What is a big deal

What's a bigger deal is where this complaint came from. California has reportedly received hundreds of complaints against companies like Sunrun and SolarCity about their high-pressure sales tactics, particularly in door-to-door sales. This has long been a critique of the solar industry, and if companies are losing thousands of customers because their sales tactics are bad, it'll hurt their reputations.

This could also be one reason Tesla recently shut down its door-to-door sales operations. It could be time for the industry to use more modern sales tactics rather than pressuring customers into signing on the dotted line.

This doesn't change anything

I wouldn't like the SEC looking into a company I'm invested in, but this investigation, in particular, seems to be more bark than bite. There's plenty to be worried about from Sunrun and SolarCity, like the Treasury and Congress investigating tax equity valuations, or rosy assumptions on renewal of energy contracts, but this particular investigation probably won't be a big deal. Still, it reminded investors that there's still reason to be skeptical of residential solar stocks long term.