Howard Hughes (NYSE:HHC) has spent the past few years developing real estate assets that it intends to operate. That strategic shift will allow the company to generate a stable source of income to offset the lumpiness of master planned community land sales and other development projects. It's a shift that paid off during the first quarter by helping the company overcome declining property sales to post slightly higher earnings. 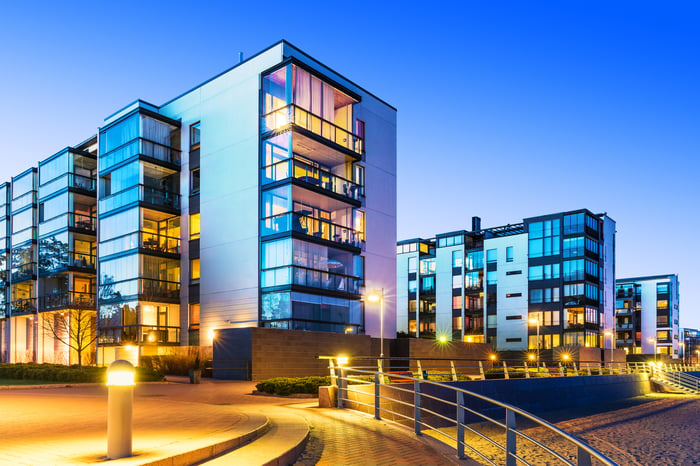 CEO David Weinreb described the company's progress during the quarter:

Our first quarter results were driven by further improvement in our operating assets segment as our portfolio matures and stabilizes. We also continued to make progress in our strategic developments segment where we completed and delivered both One Merriweather and our first self-storage product in The Woodlands. Delivering these assets marks the ongoing transformation of our strategic developments into a predominantly revenue generating portfolio as we set out to create long-term shareholder value.

The focus of Howard Hughes over the past few years has been to slowly transition from a real estate development-focused company to an operating company. That transformation will enable it to generate a more predictable revenue stream, so its quarterly results aren't so reliant on property sales. That transition clearly paid off during the first quarter as rising net operating income from these assets more than offset a decline in land sales within its master planned communities as well as a drop in condo unit sales in Hawaii. Meanwhile, that income should continue to rise thanks to the addition of two more assets to the operating portfolio during the quarter.

Howard Hughes' future will remain focused on three things: managing its growing portfolio of operating assets, extracting value from its master planned communities, and driving significant growth from its strategic developments. Shortly after the quarter ended, the company added two new projects to its development pipeline by securing a build-to-suit lease for a two-building campus in Summerlin and an anchor tenant for a planned downtown office building in Chicago. The company expects to complete those projects in 2018 and 2020, respectively.