Please ensure Javascript is enabled for purposes of website accessibility
Log In Help Join The Motley Fool
Free Article Join Over 1 Million Premium Members And Get More In-Depth Stock Guidance and Research
By Anders Bylund – May 4, 2017 at 3:11PM

The software-based network specialist delivered mixed results in the third quarter, but investors shrugged off the soft sales to focus on solid earnings.

Shares of Extreme Networks (EXTR -0.65%) jumped as much as 18.6% higher in Thursday's trading, following the release of solid third-quarter results.

Sales for the software-based network-solutions expert soared 19% higher in the third quarter, landing at $148.7 million. On the bottom line, adjusted earnings tripled to $0.10 per share. The earnings figure was a positive surprise to Wall Street analysts, while the revenue result fell short of consensus estimates.

For the record, Extreme's own guidance pointed to sales of roughly $156 million and adjusted earnings near $0.08 per share. 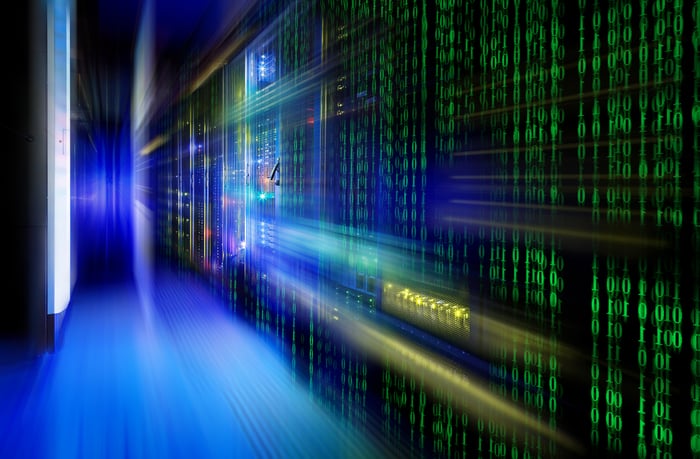 The strong bottom-line result in spite of soft sales was the result of much wider gross margins. Free cash flows more than doubled, margins are expected to stay high in the fourth quarter, and the business is generally humming. Extreme recently closed one large buyout and is expecting to finalize two more in July, which could throw a few spanners in the wheels but generally counts as an ambitious strategy.

The company fell short of its sales targets but made up for that by pushing through higher-margin solutions for the contracts it won. Extreme CEO Ed Meyercord described the period as "an unusually busy quarter for us," including the retirement of a 12-year old sales and service platform in favor of a modern solution. That IT makeover should enable Extreme to scale up its operations significantly.

After a few years of disappointing results, Extreme has found a new way forward and the stock has followed suit. Share prices have more than tripled over the last five quarters and the stock still trades at a very reasonable 17 times forward earnings.