Please ensure Javascript is enabled for purposes of website accessibility
Log In Help Join The Motley Fool
Free Article
Join Nearly 1 Million Premium Members And Get More In-Depth Stock Guidance and Research
By Rich Duprey – May 5, 2017 at 10:00AM

Guns and beer top many sin stock better buy lists, but only one can be the best.

Both Sturm, Ruger (RGR -0.43%) and Anheuser-Busch InBev (BUD -1.14%) are the biggest in their industries. Ruger makes more guns than anyone else, and Anheuser-Busch brews more beer, putting them at the top of their respective fields.

Yet the stocks of both companies have lost about 12% over the past 12 months. Let's look at why the gunmaker and the brewer have stumbled and which one might be the better investment going forward. 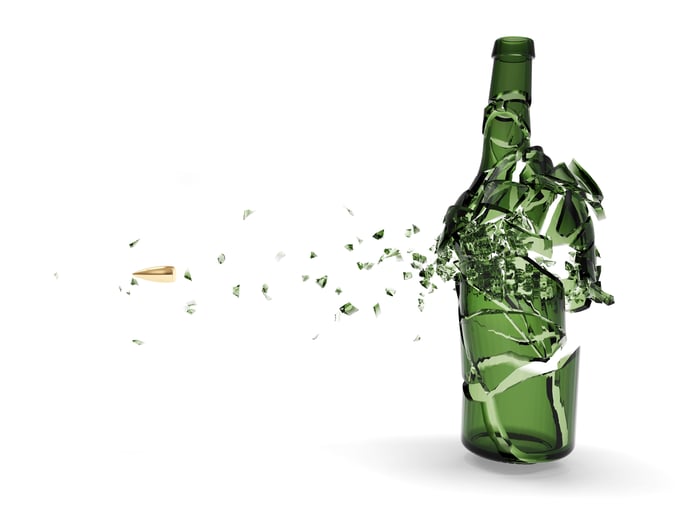 According to the Brewers Association, there are more than 5,300 breweries operating today, and 99% of them are craft. There are only so many beers packaged -goods stores can stock, and there are only so many taps a bar can install. At some point, all the different brands, labels, and styles of beer -- whether from megabrewers like Anheuser-Busch or craft brewers like Boston Beer -- just seem to blend together.

Moreover, beer drinkers are increasingly going local, looking for regional beers and flavors, which is causing the biggest brewers to sag. More beer than ever is being brewed and sold, but the keg is just being emptied up into smaller and smaller mugs. Anheuser-Busch has tried to tap into that trend by buying more craft brewers and, more recently, more local brands, such as with its recent purchase of Karbach Brewing, a Texas favorite -- but that just means it's left chasing the latest trend.

Sturm, Ruger is suffering more from deflated expectations than any real slowdown in gun demand, which, as represented by the number of criminal background checks the FBI runs through its NICS database, remains at peak levels. The only difference is they're just not as high as the all-time lofty heights hit last year. 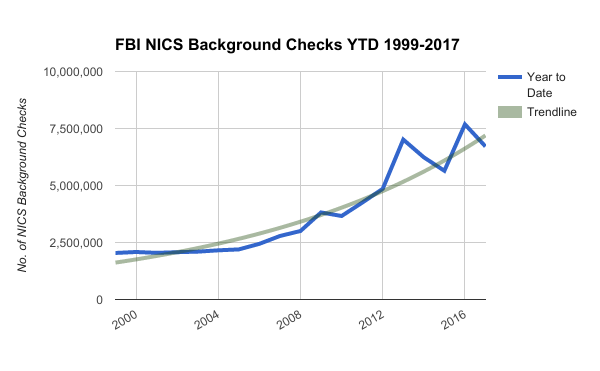 That's led some analysts to suggest that the firearms industry was heading into a period of decline, but when you see the background checks are still running 20% ahead of 2015 levels, itself a record-breaking year, it's clear that the cliff the industry was expected to fall over isn't materializing.

Still, gun dealers had placed large orders for firearms ahead of the November elections, and as the pace of buying let up in the aftermath, they were left with excess inventory they need to work through. That's now leading to discounting, which may be pushing demand up.

So the beer and gun markets are still healthy overall -- the major players are just working through unique conditions. However, it would seem Ruger has the advantage, since its industry's dynamics still mean it can sell more guns.

The gunmaker trades at a steep discount. No matter if you look at its price-to-earnings ratio, what it goes for in relation to its sales, its enterprise value-to-free cash flow, and more, Ruger is undervalued. Both it and industry peer American Outdoor Brands have long carried this discounted valuation as the market anticipated the collapse of its business, but as noted, that hasn't happened, and sooner or later the market will appreciate its pricing.

Valuing Anheuser-Busch on its earnings isn't easy at the moment, since it's still digesting the SABMiller acquisition and is incurring various and significant costs related to it, but looking out at next year's consensus earnings expectations of $4.94 per share, a substantially lowered outlook from previous forecasts, the brewer is trading at 22 times earnings, a more reasonable multiple. 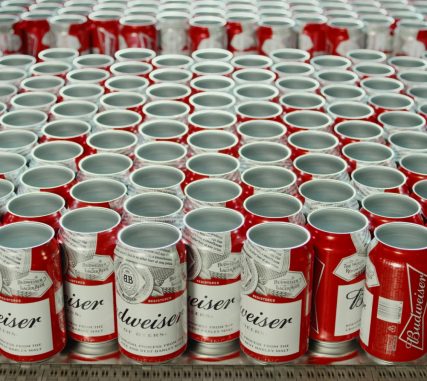 However, it still lacks the organic sales growth investors might expect to justify that valuation. This isn't a growth stock, of course, and in fact is a massive, mature operation that's feeling pressure not only from rival brewers, but also from other adult beverages such as spirits and wine, which have been enjoying newfound popularity.

If the synergies it hopes to achieve with Miller are realized, Anheuser-Busch could regain its footing, but it also faces global headwinds, and because it has to contend with a strong U.S. dollar, currency fluctuations will hamper its performance. Ruger's recovery and valuation simply offer a much easier path to follow.

Both the brewer and gunmaker pay dividends, and both have policies that result in variable payouts. For Anheuser-Busch, its payout is equal to at least 25% of its consolidated profit, excluding any exceptional items. Ruger also fixes its payout as a percentage of its earnings, and since 2012, that rate has been approximately 40% of net income. Both dividends also currently yield about 3.1% annually.

While it would seem a toss-up on this issue, Anheuser-Busch's dividend has increased significantly since it began paying one seven years ago, and there's no indication it won't continue to rise in the future.

Not only because Sturm, Ruger won two of the three categories we looked at does it get the nod as the better buy, but also its business has a better chance of jump-starting and growing quickly once again. Because of the significant discount its stock carries and the fact that more gun sales will help it turn more profit, thus generating higher dividends, I'd have to choose Sturm, Ruger as the better stock here.