The company announced a major regulatory event with the EPA.

Shares of mining-company-to-be Northern Dynasty Minerals (NAK 0.89%) soared 17% this morning after the company announced that it filed a joint motion with the U.S. Environmental Protection Agency in federal court to extend a stay in the ongoing legal dispute against the company. That's because the prior dispute required the EPA to act under Section 404(c) of the Clean Water Act by yesterday. The extended stay will give the parties until May 11 to reach a settlement or call their lawyers.

Fortunately for investors, both parties expect the former outcome. According to the joint motion, the wholly owned Pebble Partnership and the EPA will have an agreement in place within the next week that will chart a course for obtaining the necessary approvals to proceed with the permitting process and eventual development of the asset. As of 12:07 p.m. EDT, the stock had settled to an 11.6% gain. 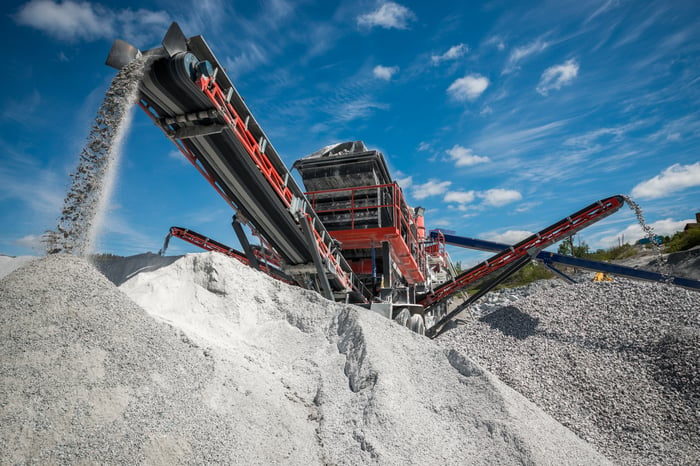 What a difference an administration change can make. Investors bid up the price of Northern Dynasty Minerals stock after the election of Donald Trump, who promised a deregulation-friendly agenda. Today's announcement shows that the new EPA, led by Scott Pruitt, is making good on that promise.

The filing of a joint motion to reach a settlement related to running afoul of the Clean Water Act follows last month's announcement that the Alaska Department of Natural Resources granted a Miscellaneous Land Use Permit for the Pebble Project. While that announcement was relatively insignificant -- the Alaska DNR grants thousands of MLUPs each year -- it was a necessary step before negotiations over federal laws could be finalized.

However, it appears that the joint motion filed yesterday only covers regulatory action concerning the Clean Water Act. Why does that matter? Northern Dynasty Minerals also needs to settle disputes with the EPA regarding the National Environmental Policy Act, in addition to other federal statutes. Pebble Partnership CEO Tom Collier stated that "a great deal of common ground" has been established covering these additional federal laws, but that could require further agreements separate from the one expected next week. Investors will need to wait to know for sure.

There's no denying that Northern Dynasty Minerals is finally moving forward in the permitting and regulatory approval process, but investors need to remember that there's a long and expensive road ahead before the company begins extracting commercial quantities of minerals. The permitting process alone is expected to take up to four years and $150 million to complete. In other words, these are necessary but relatively small events for investors looking for eventual revenue streams.