For a long time, Intuitive Surgical (NASDAQ:ISRG) benefited from an advantage that other companies would die for: no real competition. While traditional surgery isn't going anywhere soon, there was no other company offering robotic surgical devices aimed at making a host of procedures less invasive.

The times are changing, though. TransEnterix and a joint venture by Johnson & Johnson and Alphabet, for instance, are looking to make inroads in robotic surgery. 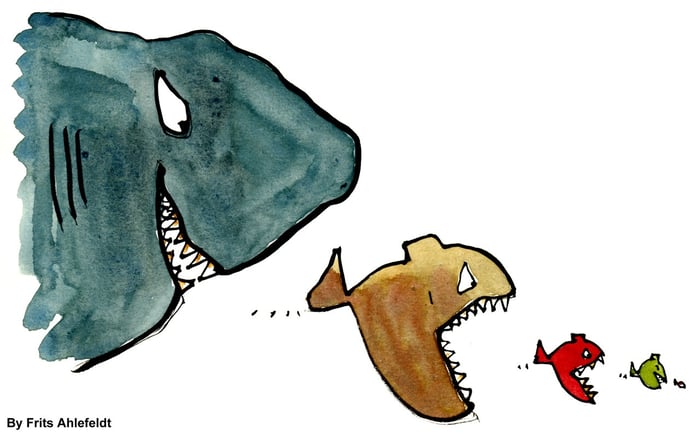 But investors needn't worry too much about the competition -- Intuitive is by far the biggest fish in this ocean. And the company also benefits from a vastly underappreciated feature of its business model: optionality.

How concerns sunk the stock in the past

Back in 2013, hernia operations were barely on the radar of most Intuitive investors. They were only mentioned once in the entire year's worth of conference calls.

Instead, the company was focused on growth in hysterectomy procedures, both stateside and internationally. When medical professionals started to question the efficacy of the daVinci in benign hysterectomies, procedures in the category slowed dramatically.

At the same time, the Affordable Care Act (ACA) was just going into effect, and hospitals were being extremely conservative with their budgets. As a result, domestic purchases of new daVinci machines actually shrunk -- a stunning reversal from previous growth rates.

The combination caused many investors, including myself, to sell shares. Medical professionals calling out the overuse of daVinci machines scared me. Iatrogencis -- or harm caused by intervention -- is a serious and well-documented phenomenon. In our efforts to provide the most state-of-the-art solutions to patients, we sometimes forgo much simpler treatments that could prove just as effective at a fraction of the cost and with reduced risk to the patient. Such threats exist with Intuitive, I argued when selling my shares.

Why investors shouldn't worry too much

But I never sold my shares entirely. Indeed, today Intuitive Surgical still accounts for about 3% of my real-life holdings. That's because of a dynamic that I noticed with the company years ago: the benefit of a huge installed base, and optionality.

If that sounds confusing, this explanation should help clear things up: There are thousands of doctors trained on daVinci who have put in millions of hours on the device. Those doctors are constantly tinkering with ways to use the machine to assist in new medical procedures. Many times, that tinkering won't evolve into any type of real procedure growth for Intuitive -- it's either too risky, inappropriate given the technology available, or adds no real value over traditional surgery.

But here's the kicker: even if 9 out of 10 "experiments" with daVinci end up failing, all it takes is one operation to hit it big to make a meaningful difference in the company's top and bottom lines.

That's exactly what happened with the aforementioned hernia operations. While management doesn't give out numbers with fine granularity, it has made it clear that hernia operations have been the major contributor to growth in U.S. General Surgery procedures over the past three years.

And as you can see, it's that category that's accounted for virtually all of Intuitive's growth:

Some day soon, investors will start clamoring for what the Next Big Thing is for Intuitive. I would argue that that's impossible to know, for one thing. But more importantly: it doesn't matter.

The mechanics are in place to allow Intuitive to thrive given the benefits of optionality. The company's success rate can be terribly low, with only 1% of potential procedures showing promise, and it will still continue to expand its procedure growth meaningfully. Combine that with the fact that there are more doctors tinkering on the daVinci platform than any other by an order of magnitude, and you can see how this can easily become a winner-takes-all contest.

My money is on Intuitive Surgical.