Please ensure Javascript is enabled for purposes of website accessibility
Log In Help Join The Motley Fool
Free Article Join Over 1 Million Premium Members And Get More In-Depth Stock Guidance and Research
By Chris Neiger - May 5, 2017 at 8:44AM

The Internet of Things isn't a fad. Here's why.

The Internet of Things (or IoT) is a tech buzzword that many people have heard of but still don't quite understand. The first thing you should know about the IoT is that its definition can be simplified down to the connection of formerly unconnected things to the Internet.

If you've ever seen a smartwatch then you've seen the IoT firsthand. But the IoT goes far beyond consumer devices and includes things like internet-connected manufacturing equipment and healthcare devices, all of which allow companies to create new automation processes and track data like never before.

To understand the IoT's full impact and how it's changing our world, check out these amazing Internet of Things facts: 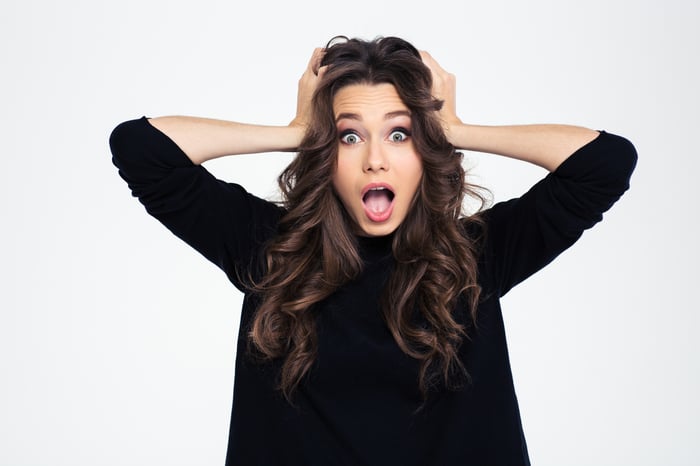 1. Soon there will be tens of billions of IoT devices. And I'm not talking about smartphones and tablets. Cisco Systems (CSCO 2.92%) estimates that there will be 50 billion Internet of Things devices by 2020. And PWC predicts that the number will reach 100 billion by 2021. No matter which estimate is correct, it's very clear the amount of IoT devices is surging.

2. Companies are already earning billions from the IoT. Just last year, Intel's (INTC -0.86%) Internet of Things Group brought in $2.64 billion in revenue, up from $2.3 billion in 2015. Intel earned its IoT revenue from selling processors for automotive, manufacturing, retail and other IoT products and the company is further betting on this market with its recent $15 billion purchase of the advanced driver assistance system-maker Mobileye.

3. Wearable technology has already gone mainstream. Last year, about 102 million smartwatches and wearable devices were shipped, and shipments are expected to jump to nearly 214 million in just three years according to research firm IDC.. Apple (AAPL 0.17%) is the current leader in the smartwatch market, with an estimated 11.6 million units shipped last year, while Fitbit (FIT) remains the overall wearable tech leader with an estimated 22.5 million units shipped in 2016. The consumer wearable tech market is expected to hit $34 billion by 2020.

4. This is much bigger than smartwatches, though. The 125-year-old conglomerate General Electric (GE -0.65%) was an early adopter of IoT technologies, and the company has created its own proprietary software to track data from its Internet-connected industrial equipment. The company already earned $6 billion from its Predix software for connected equipment last year, and GE expects that will reach $15 billion by 2020. GE is tapping into a large sub-sector of the IoT called the Industrial Internet of Things (IIoT) that's expected to be worth $195 billion by 2025.

5. The market size is staggering. There have been lots of varying estimates about the size of the IoT over the past few years, but the latest IDC data from earlier this year estimates that global IoT spending will reach $1.29 trillion in 2020.

6. Internet-connected devices could transform our health. The heart-rate sensors and step-counters you see now are just the first moves toward using wearable tech for better health. A spin-off of Alphabet's (GOOG -1.29%) (GOOGL -1.34%) former Life Sciences division, now called Verily, is conducting a years-long study with 10,000 volunteers to monitor health, sleep, activity, etc. using wearable technology and other sensors. Verily and others are hoping to not only track health using wearable tech, but also predict health problems before they become serious. This idea is fostering huge growth in the healthcare IoT segment, which is expected to grow into $158 billion market by 2022.

7. The IoT could help fix food shortages. The IoT is already changing how we grow our food by allowing farmers to use Internet-enabled tractors and equipment to track where seeds were planted, how many were planted, and even when some crops should be harvested. This tech agriculture business is still in it early stages, but IoT installations in the agricultural sector will grow from 30 million in 2015 to 75 million by 2020, according to BI Intelligence.

The agricultural sector is ramping up its tech usage in part because the UN expects that the world will need to grow 70% more food in 2050 than it did in 2006, and IoT tech could help make that happen.