Please ensure Javascript is enabled for purposes of website accessibility
Log In Help Join The Motley Fool
Free Article
Join Nearly 1 Million Premium Members And Get More In-Depth Stock Guidance and Research
By Daniel Miller – May 7, 2017 at 9:02AM

While fans will have to wait until 2020 for the all-new Bronco, there are plenty of things to speculate about -- and to like about -- the upcoming version of the long-discontinued SUV.

Obviously, most products and franchises are developed with the hope that consumers will fall head over heels and fork over huge sums of money to own or consume them. But every once in a while a product, TV show, movie, or even a vehicle goes above and beyond, accumulating a cult-like following. Star Wars comes to mind -- you likely heard something about "May the Fourth be with you" on Thursday. HBO's series The Wire is a personal favorite of mine -- and of many others. Some followings are more difficult for me to understand, such as that for McDonald's McRib, which is a huge deal every time it appears on the menu.

But while fans of many phased-out vehicles hope for their once-popular whips to be revived, Ford Motor Company's (F -1.56%) Bronco is arguably the most anticipated vehicle set to return over the next few years -- drivers are seriously excited. The company hasn't released many official details yet, but here are three things you're probably going to like about Ford's all-new version of the iconic SUV.

The Ford Bronco last hit the road in the 1996 model year, and vehicles and engines -- like most things -- have evolved in the two decades since. Fortunately for most of us, one factor that has improved is fuel efficiency; the new Bronco is all but guaranteed to have much better gas mileage.

The 1996 Bronco had a curb weight of roughly 4,500 pounds and a miles-per-gallon rating of 14 in the city and up to 17 on the highway. It's tough to speculate about what a new Bronco would weigh, but it's very likely to share the Ranger platform, rather than a car-based platform similar to the Escape -- it'll end up sharing production capacity at the factory where Rangers are being made. One comparison could be Ford's Explorer, which weighs between 4,400 and 4,901 pounds and is rated for 19 mpg in the city and up to 28 on the highway. No matter what fuel-efficiency specs the Bronco rolls out with, consumers will assuredly be much happier when they visit the pump.

2. True to its roots

"Back and badder than ever," claims Ford in its pre-emptive marketing. If you're concerned that the Bronco could be sized down, or modernized so much it loses its former identity as a rugged vehicle, don't be. Since the Bronco will likely be built on the Ranger's platform, it's most likely going to be a more rugged and off-road type of SUV than current Ford SUV drivers are used to. Backing up this theory is word from axle company Dana Incorporated, which announced a contract to supply Ford's Bronco and Ranger axles. The speculation is that both the Ranger and Bronco will have a solid front axle, which equips both vehicles for off-road driving -- and, for the record, the Ranger has rated well in off-road performance in global markets it still competes in.

While the move makes for a heavier vehicle and could dent the fuel economy, it suggests that Ford wants the Bronco to be more of an off-road-capable vehicle, and perhaps to siphon some buyers away from Jeep. Drivers who want to go off-road are a market it doesn't really serve with its current portfolio of SUVs. To Bronco fans from the decades when the iconic SUV was the world's leading 4x4 vehicle, the idea that the new vehicle will stick to its roots is something to be excited about.

For decades, Ford has faced varied amounts of criticism for its designs. One example is the Lincoln brand, which seems it has been suffering from the "It's simply a rebadged Ford" stigma for decades. (It's finally beginning to shake off that perception.) One of the prime concerns about the new Bronco was that it could end up being a rebadged Ford Everest, which is also Ranger-based, but that was refuted by Ford executives speaking to Road &Track. Furthermore, the Bronco won't be a size-down amid a trend of increasingly popular crossovers. Ford plans the vehicle to be larger than the original Bronco, but still smaller than the second generation. 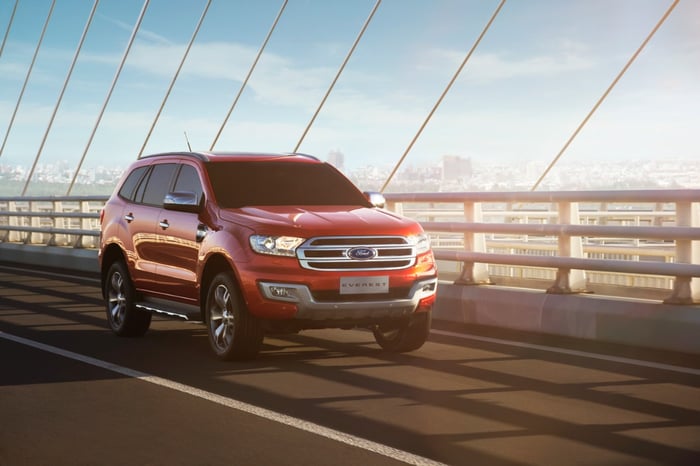 There are additional rumors that further the idea that the Bronco will be unique. One speculation is that there will be a premium off-road version that would resemble an SUV version of the Raptor and be aimed toward fans of the Jeep Wrangler Unlimited -- check out this awesome concept from Road & Track. The idea of a Bronco SUV taking cues from the Raptor is drool-inducing because the F-150 Raptor is easily one of the baddest-looking and best-performing trucks on the planet, at least in my humble opinion. And, according to sources from TheTruthAboutCars.com, there's a good chance the roof will be removable, adding another unique aspect to Ford's SUV lineup.

While most details about the Bronco are still rumors and speculation, we at least know it's going to be faithful to the Bronco's off-road roots, while remaining a unique Ford vehicle that shouldn't bring too much pain at the pump. It's an exciting time for followers of the long-discontinued Bronco. And, unlike that for the McRib craze, I share their enthusiasm.