Netflix Inc. (NASDAQ:NFLX) recently expanded its office space in the Southern California area by leasing 320,000 square feet of a new 14-story office building on Sunset Boulevard in Hollywood. This is in addition to the 80,000 square feet of office space the company already occupies in nearby Beverly Hills. The company has set up a base of operations 300 miles south of its Los Gatos headquarters to have a presence near the center of its original content productions.

Hollywood has been the epicenter of film production for decades so it is only natural that the dominant leader in internet television would gravitate toward that area. Having offices close to where the action is helps the company hire people with the right type of experience and skills to make it successful.

But Netflix's love for L.A. is going a step further, the company recently decided to stop filming TV shows and movies out of state and will no longer chase better tax credits. 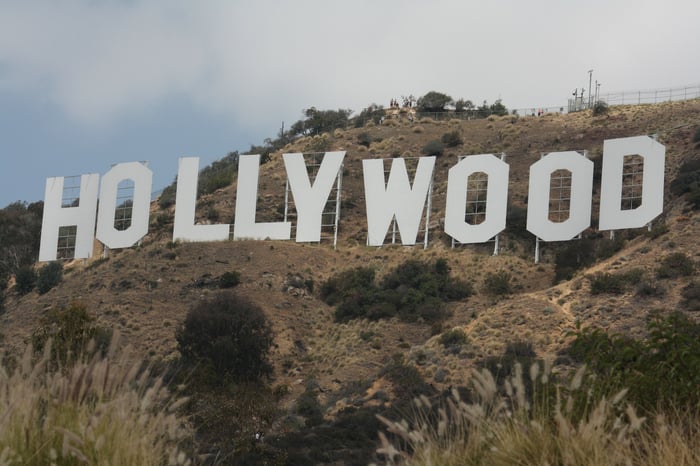 States have been attempting to woo movie and television production companies to move a project's filming from Hollywood to their state.  The idea is simple. The state wants to stimulate the local economy by bringing in revenue from the production company whose employees will stay at local hotels, eat in local restaurants, and hire temporary help from the local community. In exchange the state issues tax credits that can be used by the company producing the film or can be sold to companies who can take advantage of the tax credits.

Although the incentives may be great for production companies there is a downside to all this. Employees who live in the Los Angeles area are forced to spend months away from their families as their employers move production projects to far away states chasing tax credits. Great if you're a movie mogul, not so good if you are an employee working for a movie mogul.

Now that Netflix is playing a role in creating exclusive original content, the company faced a decision: to play, or not to play the state hopping tax game? To the delight of the local creative community in Hollywood, Netflix decided it's employees do their best work when they do it at home. Specifically, Netflix has already announced that its offbeat hit "The OA" will be moving production from New York to Hollywood for its second season and the company plans on keeping most of its U.S. projects local.

Look, think about it as an extension of our talent-friendly commitments, but also in terms of our commitment to quality. And what we have found in our own business is that if we create a great working environment for an employee, they do the best work of their life. And I think, in the case of production, a lot of that comes off in the performance, which comes off in the screen. So we want to invest in our talent the way we invest in our talent inside of Netflix and create the best shows on television. One way of doing that is not having people travel all around to chase the tax credit...

Keep in mind that although the company is spinning a very good story for local production companies, Netflix is not turning down any money that may be coming its way from the state of California. In 2015 California bolstered its own offering -- the Film & Television Tax Credit Program 2.0 -- by raising its cap to $330 million per year for a period of five years. It may not have the most lucrative program being offered in the country but it isn't too bad.

Below is a table showing tax credits for a few of the states in comparison to California.

Netflix's message is loud and clear

The message Netflix is giving to the content production industry is simple: work with us and we will treat you like valued employees, in return we expect you to give us your best work. In a competition for content typically the high bidder will get the deal. But Netflix is giving Hollywood another reason to like Netflix.