Not all segments gained ground at Liberty Global unit LiLAC Group, but broadband was a real bright spot.

Telecommunications giant Liberty Global's Latin American and Caribbean unit -- which it dubbed LiLAC Group, and which has its own tracking stock (LILAK) -- should be riding a wave of growth as the region's emerging markets develop. And in some cases, there's plenty of growth to go around.

But growth has been choppy, particularly in the markets LiLAC entered last year when Liberty bought Cable & Wireless Communications (CWC) -- a move that made it the top consumer and B2B communications company in the region. And that has delayed LiLAC on its path to strong free cash flow longer than investors may have anticipated, particularly as management invests in future growth. Here's the numbers and what to take away from the first quarter of 2017. 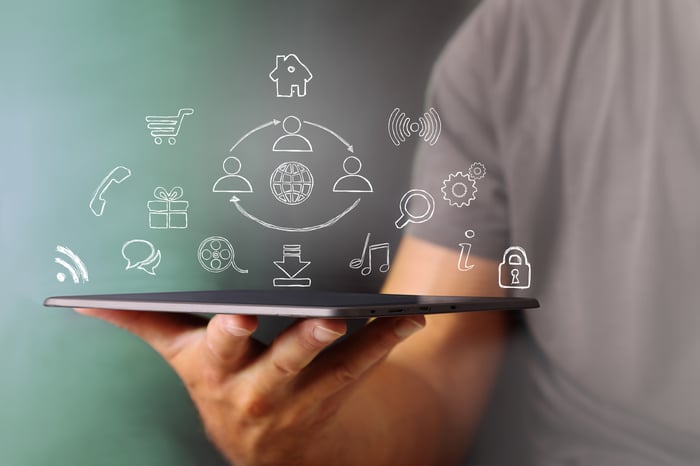 The numbers above show huge growth. That's in large part because of the acquisition of CWC, which took place in the middle of the second quarter a year ago. Looking deeper into the results, we see that there's growth in some markets, but CWC is struggling to show year-over-year growth.

According to management, investors shouldn't expect 2017 to be highly profitable because management is focusing on investing for the future. In particular, there is work to be done integrating the CWC side of the business and and improving its margins.

Management still expects around $1.5 billion in operating cash flow in 2017, consistent with previous guidance. But with 21% to 23% of revenue expected to be put back into the business in the form of capital expenditures, free cash flow for the year will be limited.

We'll also slowly see Liberty Global's best practices and experience applied to its Latin America unit, especially as management is reassigned to this business. Long term, finances should improve as a result of these changes.