Please ensure Javascript is enabled for purposes of website accessibility
Log In Help Join The Motley Fool
Free Article Join Over 1 Million Premium Members And Get More In-Depth Stock Guidance and Research
By Harsh Chauhan – Updated May 9, 2017 at 1:50PM

Facebook (META -0.74%) has been doubling down on artificial intelligence (AI) to process the large amount of content users post to its platform, trying to make sense of all of that data to make communication easier. For instance, AI helps the social media specialist classify live videos in real time, while also helping in speech and text translations.

One of the ways to take advantage of Facebook's increasing AI adoption is through NVIDIA (NVDA -1.51%), as its graphics processing units (GPUs) are playing a mission-critical role in the fast processing of huge data sets.

Back in March, Facebook announced that it is using NVIDIA's GPUs to power its next-generation GPU server -- Big Basin -- so it can train bigger machine learning models for faster processing of photos, text, and videos. NVIDIA supplied eight of its Tesla P100 GPU accelerators for the server, along with its high-speed NVLink technology that enables ultra-fast communication between the GPUs by removing any connection-related bottlenecks.

NVIDIA's Tesla GPUs and the NVLink interconnect technology are allowing Facebook to train 30% larger AI models, thanks to a 33% jump in the bandwidth memory as compared to the previous generation -- Big Sur processor. As it turns out, Big Basin can perform 100% faster than Big Sur in certain scenarios, processing more complex models in a shorter time frame. 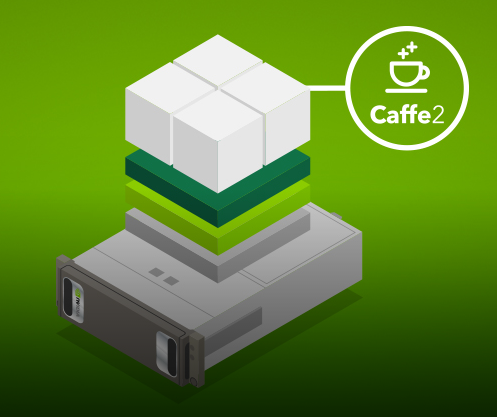 Facebook will need more high-performance servers going forward thanks to booming mobile data traffic and a huge user base. The social media specialist has 1.23 billion daily active users who post 300 million photos a day and 510,000 comments each second. What's more, the company is betting big on video, and its "Live" service has seen a 400% surge in streaming since launch.

Facebook's growth is not going to stop anytime soon as its emerging markets user base is growing at a terrific pace. Research firm eMarketer forecasts that countries such as India, Indonesia, Mexico, and the Philippines will become its fastest-growing markets until 2020, leading to a spurt in content posted onto the platform, especially due to growing smartphone penetration.

Facebook, therefore, will need more capable servers to tackle the growing data volume and complexity. This is good news for NVIDIA's professional visualization business, which houses the Tesla GPU unit. The Tesla GPUs are aimed at accelerating high-performance computing and hyperscale data center workloads -- allowing them to crunch huge amounts of data at a fast pace -- so Facebook is going to need more of them as its workload grows.

As the likes of Facebook and others start using AI to train their analytics models, NVIDIA will find a bigger market to sell its GPU accelerators. Markets and Markets forecasts that the AI chipset market will grow at over 60% a year until 2022, hitting a size of $16 billion. GPU accelerators could make up a big part of this market thanks to the crucial role they play in the AI space.

This should supercharge NVIDIA's professional visualization business, which is already reaping the benefits of growing data center workloads. In fact, the Tesla GPUs are being used by cloud service providers such as Amazon Web Services, Google Cloud, and Microsoft Azure, and Facebook will further boost the segment's growth thanks to its growing AI bets.