Please ensure Javascript is enabled for purposes of website accessibility
Log In Help Join The Motley Fool
Free Article
Join Nearly 1 Million Premium Members And Get More In-Depth Stock Guidance and Research
By Matthew DiLallo – May 8, 2017 at 9:29AM

The oil and gas producer paid a hefty price to refinance some debt.

Shares of Bill Barrett (HPR) slumped last month, plunging nearly 15% due to sinking oil prices and the high cost it paid to refinance some debt.

While the price of crude lost less than 2% on the month, oil did slump nearly 8% from its monthly high and closed below $50 per barrel. That's a bit concerning for Bill Barrett because the company plans to outspend cash flow this year to finance a 7% increase in production. While it has more than enough cash on its balance sheet to fund the planned capex spend, its overall financial position remains a concern due to its credit situation. 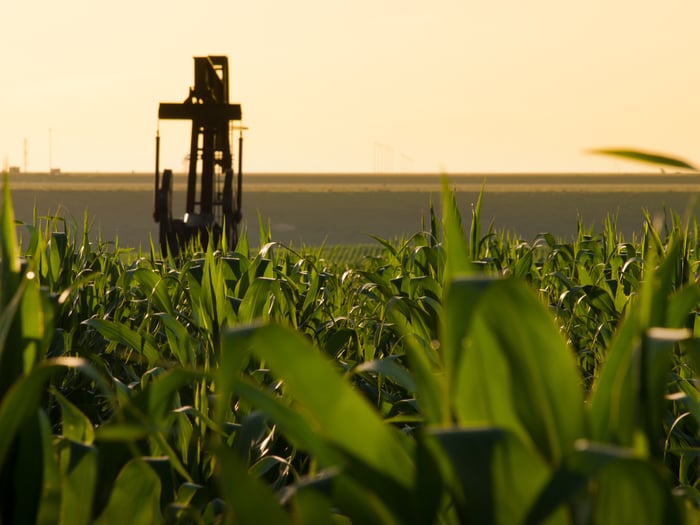 Those credit worries played out last month when the company paid a high cost to tap the private debt market to refinance some existing notes. Bill Barrett successfully issued $275 million of 8.75% senior unsecured notes due in 2025, which it used to redeem all its outstanding 7.625% notes due in 2019 and 5% convertible senior notes due in 2028. The net effect of the refinancing is that the company will pay a higher interest rate to push out a near-term maturity as well as take out the convertible notes.

Investors seem to be questioning Bill Barrett's capital allocation decisions. It entered this year with $275 million of cash on its balance sheet. However, instead of using that money to pay down debt, it's using it to finance up to $285 million in growth-focused capex at a time when oil prices are falling. Meanwhile, it chose to issue higher-cost debt for its refinancing. It's a choice that could come back to burn the company if oil prices keep falling, which would impact the returns it expects to earn from the new wells drilled with its cash.

Here's Why Shares of HighPoint Resources Soared 10.2% on Monday
411%