The fitness tracker maker beat low expectations for the quarter, but its future still looks murky.

Shares of Fitbit (FIT) recently jumped after the company posted first quarter numbers that beat analyst estimates. On the surface, the numbers looked dismal -- revenue fell 41% annually to $298.9 million, and the company posted a non-GAAP net loss of $0.15 per share, compared to a profit of $0.10 a year earlier.

Nonetheless, those numbers still beat analysts' estimates by $18.2 million on the top line and by $0.03 per share on the bottom line. But Fitbit's full-year guidance -- for a 22%-31% sales decline and a wider loss -- remained unchanged and in-line with analyst expectations. 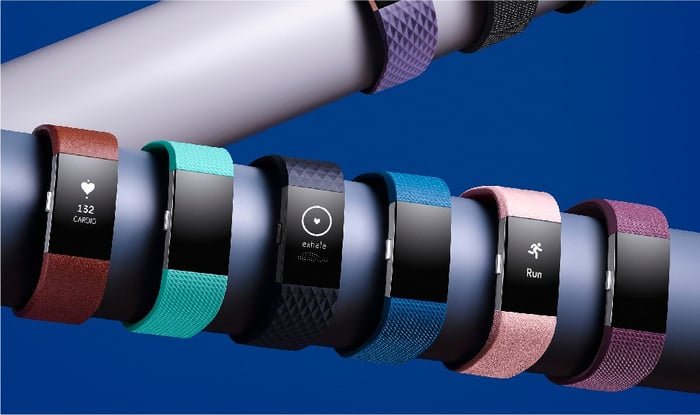 Those numbers didn't really justify a 7% post-earnings rally, but Fitbit had already fallen nearly 70% over the past 12 months, so any earnings beat was likely to lift the stock. But will that jump lead to sustainable gains, or merely give Fitbit's long-suffering investors a chance to cut their losses? Let's discuss three things that might happen to Fitbit over the next 12 months.

1. It continues to decline

Fitbit's numbers still aren't healthy. Sales fell annually across all geographic regions except for the EMEA (Europe, Middle East, and Africa) region, which accounted for just 29% of its top line. All other regions reported double-digit declines, led by a whopping 52% decline in its core U.S. market. Total devices sold fell 38% to 3 million. 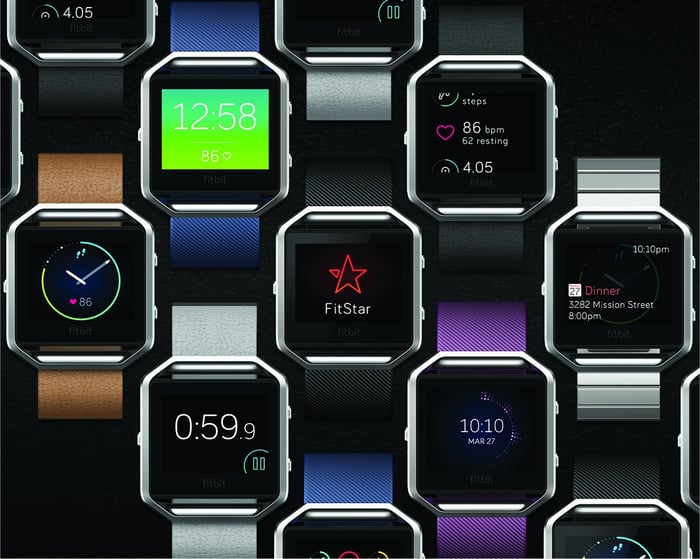 IDC's most recent numbers also reveal that Fitbit's global market share fell from 29% to 19.2% between the fourth quarters of 2015 and 2016. Second place Xiaomi and third place Apple (AAPL -1.76%) both gained market share, with the former claiming a 15.2% share and the latter claiming 13.6%.

That shift is troubling for Fitbit, since it indicates that consumers are being drawn toward low-end devices like Xiaomi's Mi Band or high-end smartwatches like the Apple Watch. If Fitbit can't attract more customers to its mid-range ($90 to $200) market, sales will continue falling. Fitbit's average selling price per device also declined 4% last quarter, so Fitbit might need to sell even cheaper devices to lift its top line growth.

2. It rebounds with new products

Over the past 12 months, three products -- the Charge 2, Alta HR, and Flex 2 -- generated 84% of Fitbit's revenue. The high-end Blaze was notably missing from that list, and the company's average selling price of $96.45 for the quarter indicates that most of its sales came from the $90 Flex 2 instead of the pricier Alta HR and Charge 2. 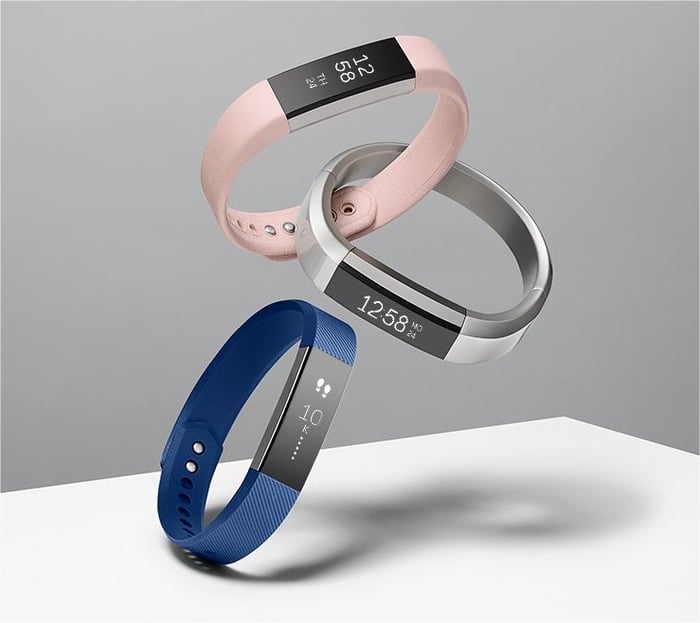 However, Fitbit's recent acquisitions of Pebble's assets, high-end smartwatch maker Vector, and mobile payments start-up Coin all indicate that the company will launch a full-featured successor to the Blaze to properly counter the Apple Watch.

Recent rumors suggest that the $300 device will offer many similar features at the Apple Watch Series 2 -- including a GPS, heart rate sensor, an aluminum unibody shell, and a comparable display with 1,000 nits of brightness.

However, the device will also sport a four-day battery life, compared to the Apple Watch's one-day charge, and potentially integrate with a new app store and stream music from Pandora. Fitbit could also launch new $150 earbuds, which resemble Apple's BeatsX headphones, alongside its new smartwatch.

These new products are expected to arrive this fall. If this push gains momentum, Fitbit could gain ground in the high-end market and widen its moat against the Apple Watch and Android Wear devices.

3. It gets bought out

Apple didn't reveal exact sales numbers for the Apple Watch last quarter, but the company claims that it generated "record" revenues during the holidays. This suggests that mainstream demand for wearables -- which was well below market expectations before -- is finally warming up.

This makes Fitbit a potential takeover target for any company that wants to control nearly a fifth of the world's wearable market. Fitbit's enterprise value of just over $600 million, its low EV/Sales ratio of 0.3, and clean balance sheet all make it an affordable buyout target. Potential suitors might include Apple, which could diversify its wearables business across multiple price tiers; or Garmin, which recently posted a disappointing slowdown in its high-growth fitness trackers business.

Fitbit might eventually bounce back, but I don't plan to buy shares anytime soon. The company will likely continue posting double-digit sales declines and widening losses for the foreseeable future, and there's no guarantee that a new smartwatch or pricey earbuds will get its growth back on track. The best case scenario for Fitbit is still a buyout, but potential suitors might be waiting for the stock to drop even further before swooping in.