The stock market didn't post any major movements on Monday, with major benchmarks all finishing within 0.1% of the unchanged mark by the end of the trading session. Most investors had already expected that Emmanuel Macron would win Sunday's presidential election in France, and any early gains immediately after the results gave way to anticipation about the next potentially needle-moving event in the future. However, not all stocks managed to hold up as well as the overall market did, and Liberty Global (NASDAQ:LBTYA), Horizon Pharma (NASDAQ:HZNP), and Synchronoss Technologies (NASDAQ:SNCR) were among the worst performers on the day. Below, we'll look more closely at these stocks to tell you why they did so poorly.

Shares of Liberty Global fell 8% after the company reported its first-quarter financial results. The European tracking stock for the media giant said the company managed to post a modest 2% rise in revenue, with substantial organic subscription gains of 244,300 led by especially strong new data subscription performance. Yet despite strong gains in the U.K. and Ireland, weaker results in Belgium, Switzerland, and Austria weighed on the unit's overall performance. Moreover, the company said that with respect to mobile in particular, weakness in both the Belgium and U.K. markets held Liberty Global back. Although the company expects the second half of the year to look more favorable than the first, Liberty Global investors appear to be nervous about the future. Moreover, given that the Latin American side of the business looked better in some ways than Europe, with its LiLAC Group (NASDAQ:LILA) tracking stock posting strong gains today, investors might have decided to move across the pond rather than sticking with the European growth story. 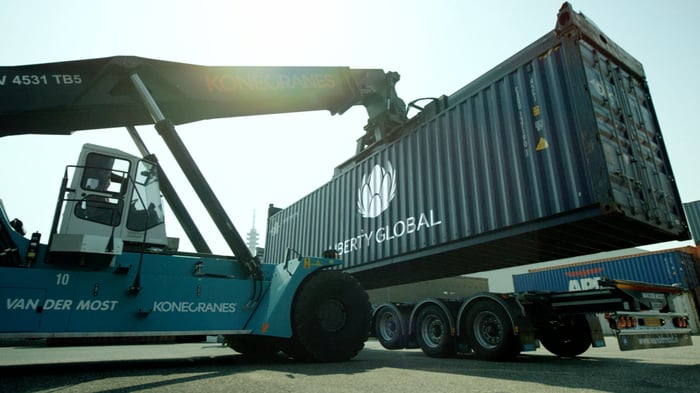 Horizon Pharma stock plummeted 35% in the wake of the company's first-quarter financial report. The biopharmaceutical specialist anounced that it suffered some unanticipated setbacks, with CEO Timothy Walbert saying that "our primary care business unit performed well below our expectations." Implementation of the company's contracting model with pharmacy benefit managers hasn't gone according to plan, and despite record net sales for its Krystexxa and Ravicti treatments, Horizon cut its revenue guidance by almost a fifth to just $1 billion-$1.035 billion. An even steeper cut of almost 40% on adjusted pre-tax operating earnings also reflects the sluggishness that Horizon has seen, and shareholders can only hope that conditions improve soon for the biopharma going forward.

Finally, shares of Synchronoss Technologies dropped 9%. The mobile cloud company said that it would delay its release of its first-quarter financial report until May 15 after having initially been scheduled for a May 9 release date. Synchronoss said that given the replacement of both the chief executive officer and chief financial officer late last month, it needs more time to comply with accounting requirements both internally and externally. The request makes plenty of sense given the abruptness with which the new executives were named, but investors didn't seem ready to give Synchronoss the benefit of the doubt, especially after the nearly 70% stock-price decline that they've gone through since late last year.