Please ensure Javascript is enabled for purposes of website accessibility
Log In Help Join The Motley Fool
Free Article
Join Nearly 1 Million Premium Members And Get More In-Depth Stock Guidance and Research
By Bradley Seth McNew – May 8, 2017 at 10:00AM

Rent-A-Center's former CEO and co-founder is back, which could help things to regrow -- but it could take a while.

Shares of Rent-A-Center, Inc. (RCII -2.12%) jumped more than 20% in April, according to data from S&P Global Market Intelligence, as the company that rents and sells furniture and appliances laid out its new strategic plans for future growth.

Rent-A-Center announced a new strategic plan in April, including strengthening its core U.S. business and increasing its investments in technology upgrades. Effective April 10, the company also brought its former CEO and co-founder, Mark Speese, back into the CEO role. Speese had been serving as interim CEO after the former one left in January.

After these strategic updates, the company and its stock got a major showing of confidence from industry analysts at the Raymond James, who set a $15 price target on the stock -- suggesting a 50% upside from where the stock was trading at the time. 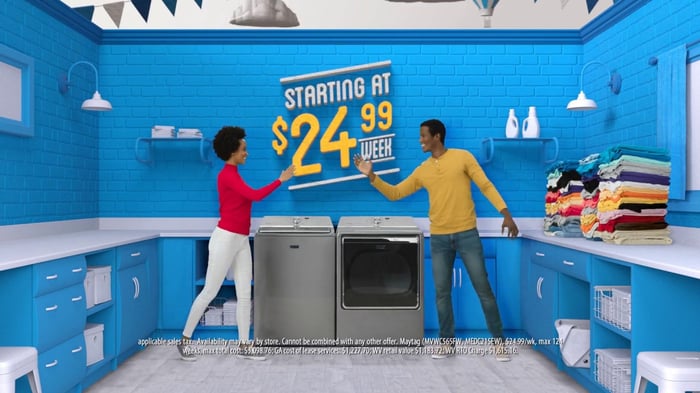 While Rent-a-center had a great performance in April, it followed a huge drop throughout January, so the stock is now relatively flat year to date. Looking further back is even worse, as the stock has fallen about 64% in the past two years. In fact, the activist investment group Engaged Capital started a campaign in February to urge the company to sell itself outright.

Can Rent-A-Center's new strategic plan help the stock to grow as the company continues to try to reclaim previously glory? Even the Raymond James analysts believe it will take time, and that the company will probably stay pressured in the short term. Still, in the company's Q1 report released in early May, revenue for the period declined 11%, year over year, but that was better than analysts expected -- helping the stock to start May off on a positive note as well.

Down More Than 50%, Are These 2 Overlooked Dividend Stocks Buys?

3 Value Stocks to Buy in January