Please ensure Javascript is enabled for purposes of website accessibility
Log In Help Join The Motley Fool
Free Article
Join Nearly 1 Million Premium Members And Get More In-Depth Stock Guidance and Research
By Jeremy Bowman – May 9, 2017 at 11:24AM

The Oracle of Omaha explains why investors might want to short one of his core businesses.

What you really should have done in 1905 or so, when you saw what was going to happen with the auto is you should have gone short horses. There were 20 million horses in 1900 and there's about 4 million now. So it's easy to figure out the losers, the loser is the horse. But the winner is the auto overall. 2000 companies (carmakers) just about failed.

-- Warren Buffett, speaking to University of Georgia students in 2001.

Warren Buffett, the CEO of Berkshire Hathaway (BRK.A -1.02%) (BRK.B -1.11%) and the world's most famous investor, is well-known for his refusal to invest in tech stocks and other businesses whose economics he can't project. Though Berkshire has a vast array of investments in other publicly traded companies such as Coca-Cola, a Buffett favorite, of the five most valuable American companies, it owns none of Alphabet, Microsoft, Amazon.com, and Facebook, and only recently bought shares of Apple, which has become a mature company.

Not coincidentally, those are all tech companies. Buffett's quote above explains why he has avoided that industry as well as other burgeoning sectors, like the Internet of Things, self-driving cars, and drones. In the initial phases of an emerging industry, there tend to be many small competitors, many of whom likely won't survive. Buffett used automobiles as an example in his speech at the University of Georgia, but the internet bubble bursting in 2000 offers a more recent one. Amazon.com was one of the few e-commerce businesses to survive and thrive after the era, while names like Webvan and Pets.com are famous for going belly up. 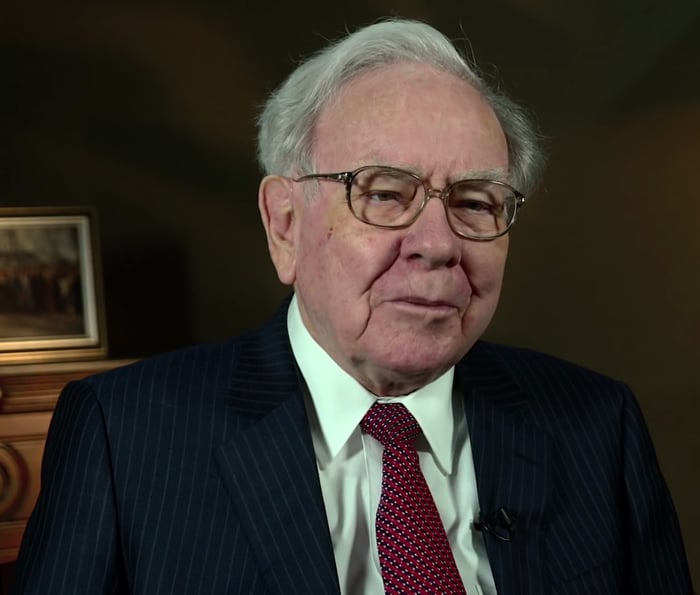 Arguably, the new technology investors are most excited about today is autonomous vehicles. The networks of cameras, radars, and other sensors has the power to transform the way we travel and commute. It could upend the labor market by leaving millions of Americans out of a job, but would also be much safer as more than 90% of car accidents are caused by human error.

The developing industry has attracted plenty of contestants, from traditional carmakers like Ford and General Motors to auto-disruptors like Uber, Tesla, Lyft, and tech companies like Apple and Alphabet.

It's impossible to say who will emerge among the winners in the autonomous vehicle race today. Based on valuations, it seems the market is betting on Uber and Tesla, two top innovators, but the technology is still in its early stages. While it's tricky to predict the winner, the loser seems much more obvious. Much like Buffett explained travel by horse would be the loser as automobiles became more popular, the loser in the rise of autonomous vehicles would be auto-insurance companies.

The global auto insurance market is worth $200 billion today. In the US, there were 38,300 people killed on the roads in 2015 and another 4.4 million injured, and car crashes are estimated to result in nearly $1 trillion in economic losses each year.

It's no wonder that auto insurance is such a big industry. However, that's expected to shrink as self-driving cars become more popular. Accounting firm KPMG sees the auto insurance market declining 60% by 2040, as it projects "radically safer" vehicles and expects accident frequency to be down by 80%.

Why it's a problem for Berkshire

Insurance is one Berkshire Hathaway's biggest businesses, and the company considers it to be its most important. Among its wholly owned subsidiaries are GEICO, one of the biggest auto insurance providers in the country, and Gen Re, one of the largest reinsurers in the world. Buffett is a big fan of the insurance industry because the premiums he collects provide a "float" that he can use to invest in other businesses.

Insurance premiums make up about a fifth of the company's revenue, with most of that coming from GEICO.

Buffett has freely acknowledged the risks of autonomous vehicles to the insurance industry, telling CNBC if cars become safer, "there's less in the way of insurance costs, and that brings down premiums significantly." Still, he predicted that such a transition would take a long time, and he guessed that 10 years from now, less than 10% of the vehicles on the road would be autonomous.

Of course, as a broadly diversified company, Berkshire is less at risk than pure-play insurers like Progressive Corporation (PGR -0.57%), and investors hardly seem to be factoring that in as Progressive still trades at a moderate P/E of 20.

Berkshire is strong enough and diversified enough to survive the apparent near-term risk from self-driving cars, but if the technology advances faster than expected it could have a surprising effect on the stock.

Want to Beat Warren Buffett? Look at These 2 Hot Stocks
370%