These three drone-related stocks are trying to make it work in this hot market.

DJI Innovations, the largest drone maker in the world, reportedly doubled its annual revenue to $1 billion in 2015. Unfortunately, mainstream investors can't profit from DJI's growth since the company is privately held. However, U.S. investors who are interested in drones should follow three other companies which could profit from the market's growth. 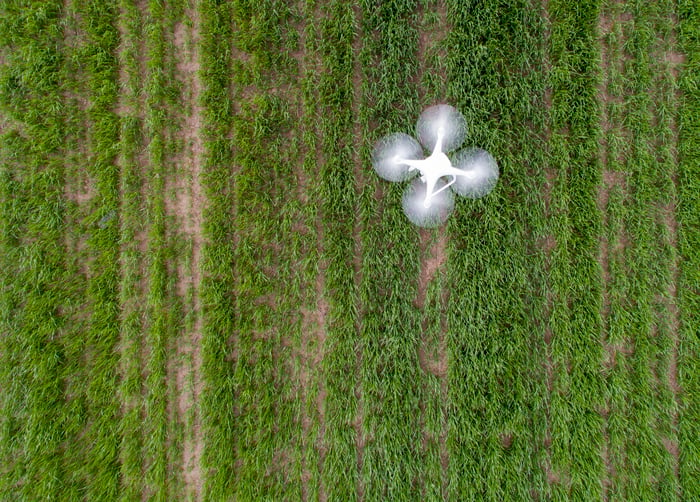 Several top drone makers, including DJI, use Ambarella's chips. Roughly 10% of Ambarella's revenue comes from drone makers. Canaccord Genuity analyst Matthew Ramsay estimates that Ambarella's sales of chips for drones could hit $50 million in fiscal 2017 (which started in February 2016), which would equal 16% of its projected sales for the year.

Ambarella sounds like a promising way to invest in the drone market, but the stock was previously wobbly due to its exposure to GoPro and the weakening action camera market. That's why analysts expect Ambarella's sales to dip 1% this year. Despite those challenges, Ambarella has rallied more than 40% over the past 12 months on a string of earnings beats and its decreasing dependence on GoPro.

GoPro's stock has fallen more than 30% over the past six months on slowing action camera sales and the disastrous launch of the Karma drone, which was recalled after multiple reports of power failures. Sales of the Karma had previously been expected to offset slower sales of GoPro's action cameras.

Prior to the Karma's launch, FBR Securities analyst Shebly Seyrafi estimated that the Karma could generate $150 million in revenues (9% of its top line) in fiscal 2017. But after the recall, Seyrafi lowered his forecast to just $36 million (2% of its projected revenues).

But even that outlook could be too optimistic, since DJI's foldable Mavic Pro drone stole the Karma's thunder last year -- without an embarrassing recall. GoPro recently relaunched the Karma, but it could struggle to catch up to DJI and other rivals in the drone market.

Another beaten-down company seeking growth in the drone market is Qualcomm (QCOM 1.20%), the world's largest mobile chip maker. Qualcomm's chipmaking business has been losing ground to rivals in both the high-end and low-end mobile markets over the past few years. Companies like Samsung, Apple (AAPL 0.90%) , and Huawei are replacing Qualcomm's processors and wireless modems in flagship devices. Meanwhile, Taiwanese rival MediaTek has steadily stolen market share from Qualcomm in both product categories with cheaper chips.

To diversify away from the saturated smartphone and tablet markets, Qualcomm launched Snapdragon Flight, a reference design for drones. That design combines Qualcomm's Snapdragon processor with wireless radios and a depth-sensing camera as an all-in-one solution for OEMs. This system is expected to lower drone production costs and make it easier for drones to fly autonomously.

Qualcomm's entry into the drone SoC market alarmed Ambarella investors, but some analysts believe that those fears are overblown. Stifel Nicolaus analyst Kevin Cassidy believes that Qualcomm's SoC will likely replace "the 4 to 5 microcontrollers used in controlling drones rather than Ambarella's video processor." Therefore, there might be room for Ambarella and Qualcomm to co-exist without competing in the drone supply chain.

Ambarella, GoPro, and Qualcomm could all benefit from the growth of the drone market. But that's a long-term catalyst -- the increasing popularity of drones won't fully solve Ambarella's dependence on action cameras, GoPro's execution problems, or Qualcomm's mobile chip woes overnight. Therefore, investors should keep a close eye on these stocks, but maintain realistic expectations about the "halo effect" of the growing drone market.